Abraham Lincoln said, “My best friend is a person who will give me a book I have not read.”   Here are new books and two reprints to pack for your summer getaways.  Some describe unique destinations, both real and spiritual. Two memoir-style titles will take you back to face critical issues of the 1960s and 1970s while another offers a fictionalized life-after-death journey. And when you’ve finished, don’t forget to share with a best friend! 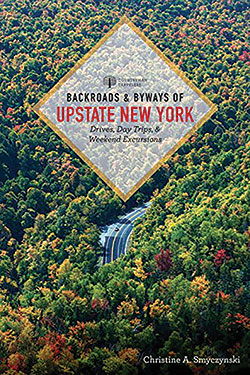 Time for a trip close to home? Grab this book to discover hundreds of unique places off the beaten track in Upstate New York. (“Upstate” is defined as beyond the New York City area and Long Island.) The subtitle, “Drives, Day Trips, & Weekend Excursions” underscores the fact that a new adventure can be experienced within a relatively short time span. Twenty excursions are divided into drives and destinations defined by each region’s location and salient characteristics. The chapter, Cayuga Lake Scenic Byway, for example, is “a road trip around Cayuga Lake” and Route 104: The Cobblestone Trail spans three counties from the Niagara River to Rochester.

This handy glove compartment companion will be an informative helpmate on many getaways. The “basics” include each region’s mileage, directions on where to begin a trip, the estimated time to spend, and descriptive highlights. Full-color photographs, maps, and “Sidetracks” featuring notable sights off the main route add value. Accommodations, dining, shopping and other amenities are detailed. 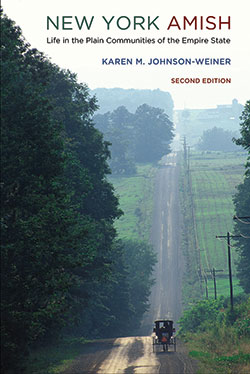 The Amish have been a part of New York for nearly 200 years, contributing to the state’s cultural heritage. Now with 52 Amish settlements in New York, their population is growing faster than anywhere else in the U.S., while also becoming much more diverse. Different groups moved to New York while others may split apart. And while Amish communities in New York may not be as well-known as those in Lancaster County, Pennsylvania, that attract millions of visitors, they’re increasingly on the radar of travelers exploring the Empire State according to Johnson-Weiner.

The first chapter offers an informative overview of Amish history followed by chapter-length descriptions of New York State Amish communities, beginning with the oldest settlements in New York in Chautauqua and Cattaraugus Counties. A final chapter discusses the future of New York’s Amish in a continually changing environment.

This title is just one of many that the author, a Distinguished Service Professor Emerita at the State University of New York at Potsdam, has written on the Amish. The bibliography, maps, appendices of settlement data, and illustrations make this book an excellent resource. 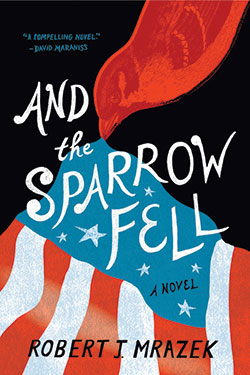 And the Sparrow Fell

The Vietnam War forever changed young lives, as epitomized by the Ledbetter brothers in this novel. Born to a wealthy Long Island family, the siblings had a near death experience skating on thin ice as youngsters. As adults, they chose different paths. This poignant coming-of-age novel, set during the 1960s and 1970s, recalls the turmoil and uncertainty of the times.

Rick, the eldest brother, chronicles his perspective as shaped by his admiration for JFK and the influence of his World War II-hero father. In college, he scores with Cornell co-eds rather than excelling in classes, but manages to graduate and enters the swift boat program at  Naval Officer Candidate School. Younger brother Tommy, also a Cornell undergraduate, pursues religious studies and becomes a pacifist. Rick meets Tommy’s girlfriend Kate on campus and tries to win her affections. But, the war intercedes. Rick experiences combat in Vietnam while Tommy protests the war at home, leading to a dramatic outcome involving them both.

Robert Mrazek, a Cornell alumnus (1967) and former five-term Congressman, has authored nine books. He wrote and co-directed the film The Congressman. Mrazek joined the US Navy during the Vietnam War and began writing this book when he was a patient in a naval hospital in 1967-68. 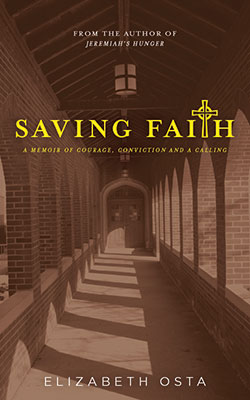 Saving Faith: A Memoir of Courage, Conviction and a Calling

A young woman’s religious calling and her devotion is set against the turbulent years following the death of President John Kennedy and Vatican II’s aggiornamento (“bringing up to date”) of the Catholic Church. Elizabeth Osta attended parochial school in Syracuse and graduated from Nazareth College before being admitted as a postulant with the Sisters of St. Joseph in Rochester, who founded that college.

During the 1960s and 1970s Osta taught children with special needs in Rochester diocesan schools and later became a school principal. As a nun, her life was marked by the challenges faced by Catholic schools and their educators. In honest and reflective writing style, she shares her personal doubts, occasional missteps, and praiseworthy achievements.  Poignant and humorous stories of students, colleagues, and administrators punctuate this spiritual journey.  Names are altered when “it seemed best,” writes Osta.

Osta has received awards for her writing over many years. She has authored an historical novel, Jeremiah’s Hunger (2011). Saving Faith earned the 2018 Amelia Island Book Festival Literary Award in the nonfiction category for its “distinctive voice, compelling story, originality and well-crafted writing, which exemplifies the values of reading and promoting literacy.”   The memoir was also nominated for Rochester City Newspaper’s “Best Locally Written Book of 2017.” 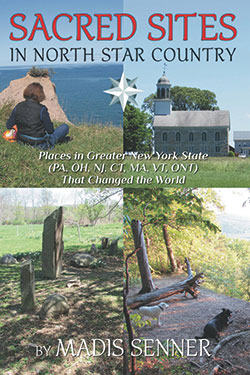 Could Upstate New York become a destination for spiritual tourism? The author, a former money manager who left Wall Street to pursue a spiritual path, believes it can.  In 2002, Senner felt called to pray with others around Onondaga Lake, a lake sacred to the Iroquois. This started his quest to learn why this area has profoundly influenced humanity. He writes that “the dramatic reform and spiritual movements that transpired in greater New York State… were shaped by the land.”

“North Star Country,” spanning New York, several neighboring states, portions of others, and part of Ontario, Canada, is linked to world-changing reform and spiritual movements such as abolitionism and women’s rights.  Senner, in this his fourth book, explains the interconnection between Mother Earth and humans.  Numerous sacred sites in North Star Country are identified where “Fields of Consciousness” emanate Mother’s Earth’s highest aspirations for humankind.

The author, who teaches workshops on sacred sites, consciousness, and the power of thoughts, explains how to plan ahead for visits to 125 sites which range from historic homes and churches to natural settings.  He includes recommended readings, maps, diagrams, and photos. The author’s dogs are photographed at many of the outdoor locations strategically resting near the high points of a Field of Consciousness. 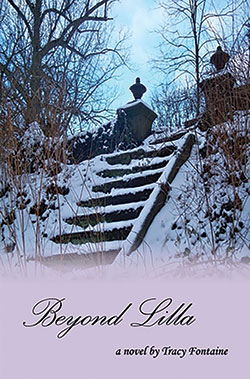 Imagine eavesdropping at your funeral.  That is what the protagonist Lilla does in this paranormal novel that probes the spirit world. After shes dies peacefully in her sleep, the octogenarian fails to reunite with her husband Sam, who has predeceased her. She remains in ghostly limbo with the new ability to mingle with the living, often without their awareness and sometimes with amusing results.

Known in life as the “Lilac Lady” for her knowledge of the flowering shrub, Lilla adjusts to her apparitional afterlife – learning to move, communicate, and protect herself from treacherous evil spirits. As horticulturalists, Sam and Lilla tended Mt. Hope Cemetery, the   Rochester graveyard notable for occupants like Susan B. Anthony and Frederick Douglass. Now it is the final resting spot of this gardening couple. Lilla’s forays inside and outside the cemetery include adventurous encounters, some dangerous, with souls stuck in similar ethereal states. On Lilla’s persistent quest to spend eternity with Sam, she wistfully revisits the collegiate setting where they met, recalls the beginning of their horticultural career, and checks out their marital home.

A graduate of SUNY Cobleskill and Rochester Institute of Technology, Fontaine is a laboratory technician at the University of Rochester Medical Center.  This is her first book. 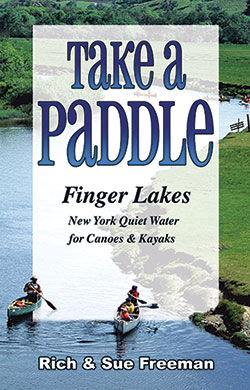 Previously published by Rich and Sue Freeman’s Footprint Press, this book has been out of print for many years. Publisher Peter Burford describes the Freemans as “hands-on researchers” who have personally paddled every location in this volume and the companion, Take a Paddle – Western New York (also reprinted by Burford Books).

We commend the publisher for bringing these family-friendly guides to a new generation of beginning and intermediate paddling enthusiasts.  The Finger Lakes volume covers 64 specific locations throughout the Finger Lakes region with 35 ponds and lakes and over 37 miles of streams and rivers to explore.

“It blew me away. I was just bonkers about it,” said Tony Trischka, about falling in lifelong love with the banjo. It happened when…