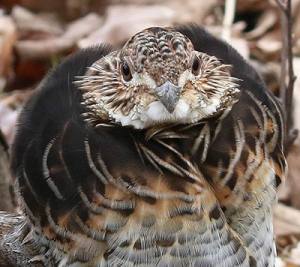 Many of you may recall several years ago a partridge (ruffed grouse) I named Pierre – Pierre the Partridge – who became somewhat famous because his story was published in several newspapers and magazines, including the January/February 2016 issue of Life in the Finger Lakes magazine. Pierre would ride on my four wheeler, sit beside me in a tree stand and hit me in the head with his little feet if I wasn’t paying attention to him. He would harass people coming to buy a Christmas tree as well. He was a real character who survived for at least 5 years and then he too was gone.

Recently, while working outside near my home, I noticed some movement behind me. Lo and behold, it was a male ruffed grouse strutting his stuff. Could this be the great grandson of Pierre? Who knows but I was able to take some really cool photos of him doing his thing and got as close as four feet from him. I hope he continues to hang around. 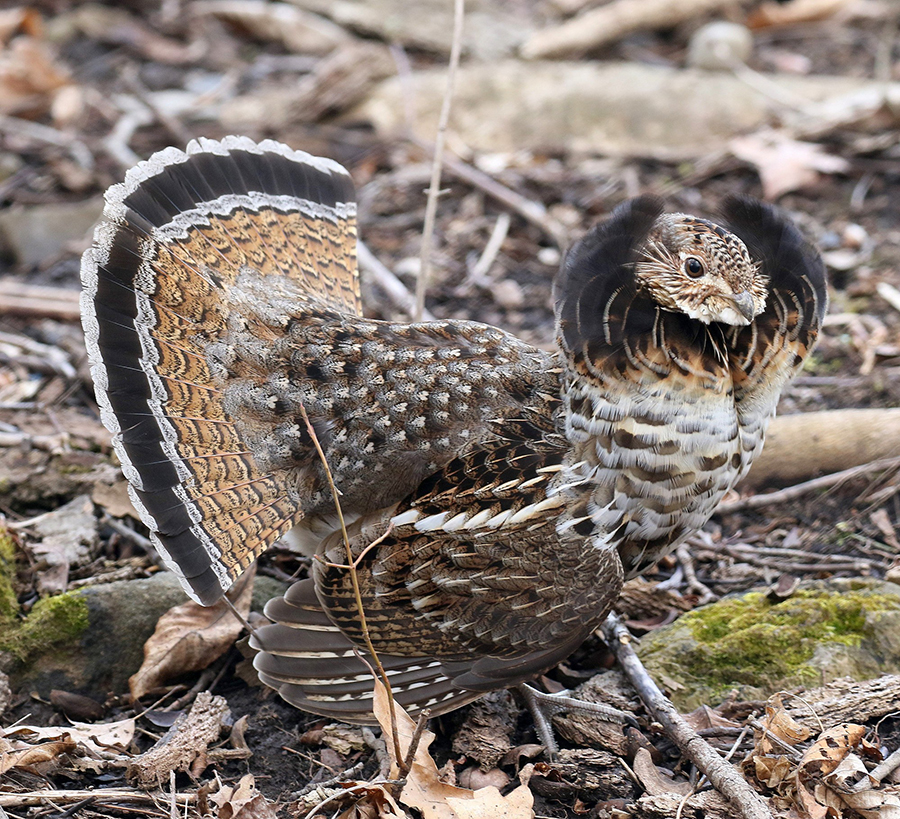 While there are any number of golf courses that just happen to be in the Finger Lakes, there are very few that embody the…