Winter Reading Has Never Been Better 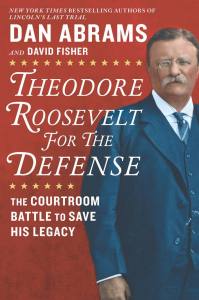 In 1915, six years after leaving the presidency, Theodore Roosevelt was sued for libel by William Barnes, a Republican Party “boss” who was formerly a political ally. “Colonel Roosevelt” as the legendary American hero was addressed, had written an article distributed across the country criticizing political parties and abuses of “Bosses” like Barnes. Held in Syracuse, the resulting courtroom battle drew national attention and was called the “trial of the century.”

The much publicized six-week trial provided the authors with a lengthy transcript and newspaper accounts to draw on, among other sources. Their descriptions of the judge, lawyers, and prominent witnesses, including the defendant’s cousin Franklin D. Roosevelt, add interest to this legal history.

The excerpts from the trial testimonies by some of the 104 witnesses are sometimes overshadowed by dramatic world events like the German sinking of the Lusitania. But throughout, the person who mesmerized the proceedings in the Onondaga County Courthouse was Theodore Roosevelt. Readers will be as anxious as the waiting newspaper reporters in 1915 to learn the verdict following the jury’s deliberation. 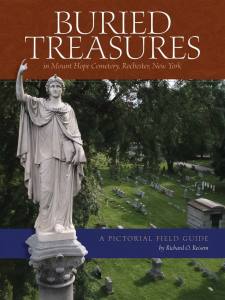 Among the best-known residents of Rochester’s Mount Hope Cemetery are Susan B. Anthony and Frederick Douglass. These historic figures are but two of the 350,000 people who permanently rest in America’s first municipal Victorian cemetery, which was dedicated in 1836.

A perfect companion to navigate the cemetery’s 193 acres is this expanded and updated field guide. It offers a portable well-researched resource highlighting many individuals who contributed to Rochester’s rich past.

Richard Reisem, the author of 16 books on history, architecture, and cemeteries, presents biographical sketches of 650 people; some well known, others more obscure. Added to the new edition is Thomas Jefferson Morgan who organized colored troops during the Civil War, and later worked for the rights of African Americans. Morgan, who is featured in one of Reisem’s other books, gained popularity among Underground Railroad fans on cemetery tours.

Historic photographs of many featured individuals now enhance the biographies. The full-color maps of each quadrant and a map of the entire cemetery are bound to turn a casual stroll into multiple visits to discover other burial sites, monuments, architectural structures, and statuary. More than 200 color photographs by photographers Donald S. Hall and Ron Richardson, including aerials with a drone camera, capture the cemetery during all seasons. 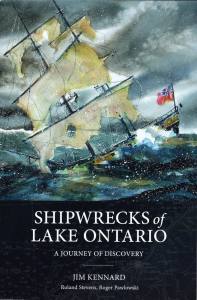 Shipwrecks of Lake Ontario: A Journey of Discovery

When Jim Kennard began searching for shipwrecks in the 1970s, the Fairport resident admits dreaming of monetary gain. But ships with treasure are more myth than reality in the Great Lakes. Instead, he considers the 200 shipwrecks he and his teams found in the Great Lakes, Lake Champlain, the Finger Lakes, “historic treasure” and archeological sites. “On the bottom of the lake, they remain silent until discovered; then, once discovered, the site sometimes reveals its secret history through analysis and interpretation,” he writes.

The 35 shipwrecks of this book were found in the U.S. waters of Lake Ontario. They include the oldest military ship, HMS Ontario, which sank in 1780, and the sloop Washington, the oldest fully intact commercial sailing vessel lost and found in the Great Lakes. The Washington was the first ship to have sailed in both Lakes Erie and Ontario.

These shipwreck discoveries have attracted worldwide attention and earned recognition for Kennard and his teams. The book describes clearly the equipment used for underwater searches, how shipwrecks are identified, and what is known of the final voyages of the ill-fated vessels. Maps, sonar images, and historic photographs are supplemented by Roland Stevens’ wonderful watercolor paintings of ships gliding through the water or resting on the lake’s bottom. 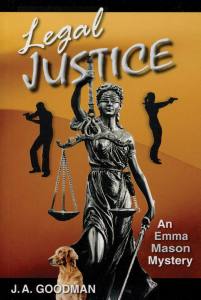 Two murders, each committed in Rochester more than 150 years apart, challenge the city’s crime unit detectives in this third book in the Emma Mason series. The city’s locations, residents, organizations, and history again provide the framework.

With Emma Mason, the lead homicide detective recuperating from a brutal attack, her partner, Mitch Delaney must solve the murder of an elderly man found dead in his home. The behavior of the deceased’s acquaintances, including an unprincipled lawyer, raises suspicion. Through interrogation and surveillance, Mitch and rookie Officer Geraci try to discover the murderer’s motive and identity.

On a lighter note, Mitch’s crime-solving skill appears to be fueled by satisfying his frequent hunger pangs.

As Emma regains her strength at her wealthy boyfriend’s home, she is drawn into another mystery after discovering a secret room containing a skeleton from the 19th century. She and her youthful caretaker find there is a connection to abolitionist Frederick Douglass and Underground Railroad activities.

The reader will be intrigued by how these two murderous crimes are solved. The analysis of clues at two very different crime scenes is not dissimilar. As it happens, old-fashioned footwork is often as valuable in uncovering the truth as employing the latest technology. 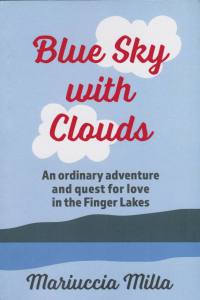 Blue Sky with Clouds, subtitled “an ordinary adventure and quest for love in the Finger Lakes,” finds two Italian friends reunited in Trumansburg and vicinity over one summer and fall. Livia, a horticulturalist like her late father whom she still mourns, has been invited to Cornell as a visiting professor. She is joined by Lella, an old friend, who seeks to escape the predictability of her life in Milan. Against the backdrop of the region’s landscapes around Keuka and Cayuga Lakes, both women explore new romantic relationships and find fulfillment pursuing their individual talents. Joined by Livia’s university colleague, they plan the rehabilitation of an abandoned church property and adjoining orchard.

While there are dramatic, and at times tragically unexpected, events, the plot unfolds quietly through the protagonists’ interactions with an assortment of well-drawn characters. They range from two scheming academics to members of local Mennonite families. How these individuals respond to love and loss is a powerful theme running throughout the book.

Mariucci Milla spent years in Italy before returning to Rochester and the Finger Lakes. Her descriptive observations of the natural scenery reveal a deep appreciation for the region’s landscape. She has written another novel and a book of short stories and Italy memoirs with recipes, titled Stories of Food and Life. 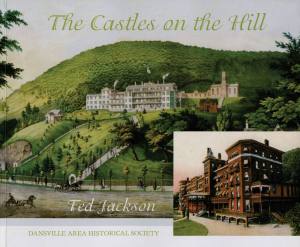 The Castles on the Hill

Before modern medical advances, alternative treatments were offered at facilities like “Our Home on the Hillside” in Dansville. Thanks to available mineral-rich spring water, the home opened in 1954 as the Dansville Water Cure, and became successful after Dr. James Caleb Jackson took ownership in 1858. This establishment, later known as the “San” (short for Sanatorium) was operated for 65 years by Jackson descendants on the village’s East Hill.

The author, a writer of local history books, brings his great-great-grandfather to life. Dr. Jackson was a health reformer, inventor of breakfast cereal, and an abolitionist. Among the well-known people who arrived as patients during the facility’s heyday was Clara Barton.

World War I brought an end to the Jackson ownership and the San was adapted for returning veterans. Later, as the Physical Culture Hotel, it thrived from 1929 to 1955 under the ownership of the colorful promoter and fitness advocate, Bernarr Macfadden. Since then, other ventures had some success but today, the surviving brick castle remains empty with no plan in place for its restoration or rehabilitation.

Accounts of the patients’ daily activities and an appendix tracing the health benefits of women’s dress reform are enlightening. Amply illustrated, notated, and indexed, the book offers a close look at this once popular wellness destination.