With summer finally in full swing, the Finger Lakes Region now offers many opportunities to enjoy live music. Local and regional musicians are visiting wineries, parks, and other venues to share their sound. The upcoming weeks feature respected artists across a handful of venues within the region.

The group Enter The Haggis, from Toronto, has been producing music that makes you want to stand up and dance for two decades now. Their lyrics are relatable to most, as they write songs about everyday working people and the lives they lead. While their songs may be fiddle and harmonica heavy, they aren’t exactly typical. With a rock rhythm section, they produce a truly electric and alive feel while on stage. ETH enjoys having fun on stage as they might break into a solo battle between members, or jam on an unexpected riff.

ETH has a great connection with their fans; the die-hards called “Haggis Heads.” They have previously brought hundreds of fans on tour to develop better relationships with those who praise their talents. Enter The Haggis will play on Saturday, July 24 at Lincoln Hill Farms (lincolnhillfarms.com) in Canandaigua, playing from 5 to 10 p.m.

Other shows to attend in the coming days

Thursday, July 22 offers two shows, one being Mr. Mustard, a Beatles tribute band performing at the Victor Municipal Park (victorny.org) in Victor from 7 to 8:30 p.m. The other being Teagan and the Tweeds who will perform from 6:30 to 8:30 p.m. at the Granger Homestead and Carriage Museum (grangerhomestead.org) in Canandaigua.

On Friday, July 23 at Seager Marine (seagermarine.com) in Canandaigua, the folk/country rock band Mystic Stew will perform from 5 to 10 p.m. At Del Lago Resort and Casino (dellagoresort.com) located in Waterloo, rock band Hard Promises will be playing starting at 8pm.

Saturday, July 24, brings us three musical acts, one being Enter The Haggis. At Del Lago Resort and Casino (dellagoresort.com) Los Angeles area-based rock band Yachtly Crew will be playing classic rock tunes from the late 70s and early 80s starting at 8 p.m. Finger Lakes Gaming and Racetrack (fingerlakesgaming.com) located in Farmington, will be hosting the party/funk band Up2Somethin from 8 to 11 p.m.

Sunday, July 25, the Finger Lakes Boating Museum (flbm.org) in Hammondsport is hosting the KLMF for a happy hour concert from 4 to 5:30 p.m. They are a three-piece group consisting of a guitar, cello, and violin.

On Tuesday, July 27, Three Little Pigs opera will perform at the outdoor Maxion Stage (fingerlakesopera.org) on the corner of Main Street and Coach Street in Canandaigua starting at 4 p.m.

Wednesday, July 28 at Ventosa Vineyards (ventosavineyards.com) in Geneva, the acoustic act Jon Lamanna will be performing from 6 to 9 p.m. 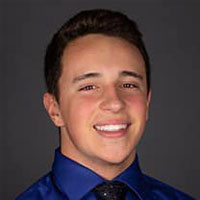 And a serving of nostalgia In 2002, Rick Fiacco retired after working more than 30 years for IBM/Lockheed Martin. Not one to take it…