Brothers Eric and Jeremy Grace have permanently protected 49 acres of land along Nations Road in Geneseo by working with Genesee Valley Conservancy to place a conservation easement on the property.

This is the second phase of an effort that began in 2014 when the Graces donated an easement on  roughly half of this corner lot.  With this year’s project, the entire property is now under protection, fully securing the scenic views and agricultural lands as protected open space, forever.

This corner parcel is a keystone piece of the scenic viewshed to the west when traveling on Route 39 in northern Geneseo.  The parcel also has sweeping views to the northeast and northwest while traveling on Nations Road and encompasses the highest vantage point along that  road.

The property has over 1,500 feet of scenic road frontage along Route 39 and an additional 2,000 feet along Nations Road.

This conservation project expands upon a large swath of land within and around this Important Bird Area that has been protected as open space.  Birds are not bound by lines on a map, so securing larger blocks of protected lands in and around this area directly contributes to the improved protection of the rare and endangered bird species relying on this region of the State.

Audubon states the primary threat to the Nation’s Road Grasslands is the “loss of habitat through the sale and development of land for housing. As the towns of Avon and Geneseo continue to grow, the land has increased in value, making it increasingly tempting for the owners to subdivide and sell.”

Fortunately, this is another case where the landowners have chosen to protect the important open spaces along Nations Road with Genesee Valley Conservancy over development that would cause fragmentation of habitat and destroy the needs of local wildlife. 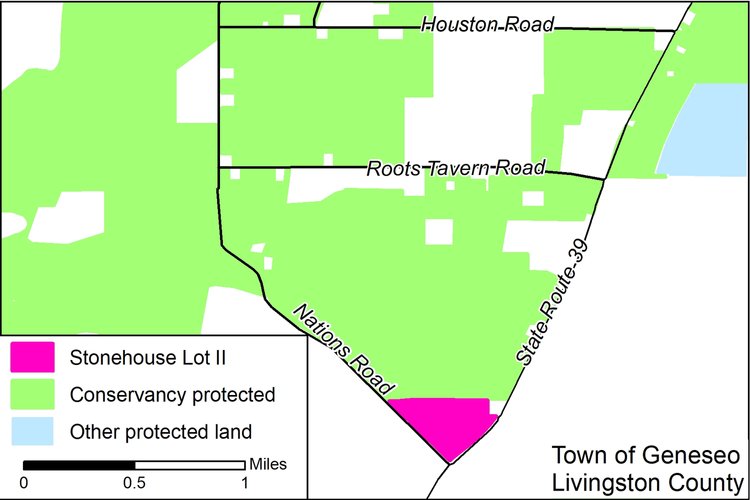 The property is predominantly agricultural, with a forest lot surrounded by cultivated crop fields.  The lands included in this project consist of 97% USDA prime soils, a measure of soil productivity.  The remaining 3% of land is classified as NYS important soils, a secondary measure of quality.

This project helps to achieve a goal of the 2016 Town of Geneseo’s Agricultural and Farmland Protection plan of acquiring conservation easement protections on lands along Nations Road, including on this specific parcel.

The Livingston County Agricultural and Farmland Protection Plan adopted in 2006 also supports the protection of properties like this to prevent the conversion of agricultural lands to non-farm uses.

Riders of the Genesee Valley Hunt will recognize this property as the “Stonehouse Lot” and one of the many properties protected by the Conservancy that contributes to and aids in the organizations hunting grounds.

Organized in 1876, the Genesee Valley Hunt is an equestrian organization that relies on large tracts of open space and healthy habitat to support fox and provide room to ride and pursue equestrian activities.

For those who love to work with horses and hounds, this land protection will help ensure this open space is available for outdoor recreation into the future.

The Grace brothers are familiar to longtime supporters of local land conservation.  Eric and Jeremy have been involved in six conservation projects over the years, helping to protect local lands since they first began their land protection efforts back in 1994.

Eric is also familiar to many as Genesee Valley Conservancy’s first staff member and executive director serving the organization from 1999 to 2011 when he moved west to work with land trusts in Idaho. 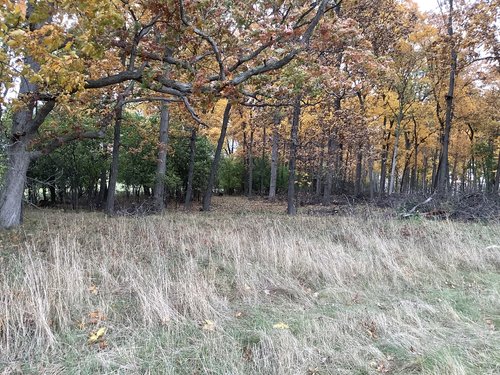 In addition to the property’s important soil, habitat, and scenic resources, the parcel is also a valuable expansion upon previous conservation work in the area.  The project adds 49 acres directly adjacent to two previous conservation projects completed by Genesee Valley Conservancy in 2014 and 2000.

This parcel expands upon many previous conservation projects along Nations Road; there are now 4.6 miles of conservation easements along the 5.3 mile long road.

This project was made possible by the landowners donating a conservation easement to Genesee Valley Conservancy to ensure their land remains open space forever.  Project expenses were covered via the Conservancy’s acquisitions fund which supports the protection of new properties as well as contributions from the landowner.

The land involved in this project remains private property for the use of the landowners, however the Conservancy now helps oversee the protect of the natural resources on this land to ensure they remain intact for future generations.

Landowners in the Genesee River watershed interested in pursuing conservation options for their property, be it farmland, habitat, or a potential public nature preserve, should contact Genesee Valley Conservancy for more information.

Genesee Valley Conservancy is a nationally accredited non-profit conservation organization working to protect the habitat, open space and farmland in the Genesee River watershed.  Over 27,666 acres of natural habitat and productive farm and forest land have been conserved by Genesee Valley Conservancy with private landowners.  The organization also owns nature preserves open to the public year-round for recreation and education.  For more information visit www.geneseevalleyconservancy.org

As Mother Nature brings her wrath to the Finger Lakes each winter, motorcycle enthusiasts often make plans to travel to warmer climates for at…