Three days ago the sun’s exuberant heat soothed our souls and freed us from fleeces while offering  shimmerings of sweat instead of shiverings of limbs.

But not for long. As we started to clean off the dinner table, a cold front dashed in from the west and threw its torrential downpour through the open deck door into the family room. The only casualty was the sun sleeping cat who now sat dripping and drenched, shocked at its harsh awakening. 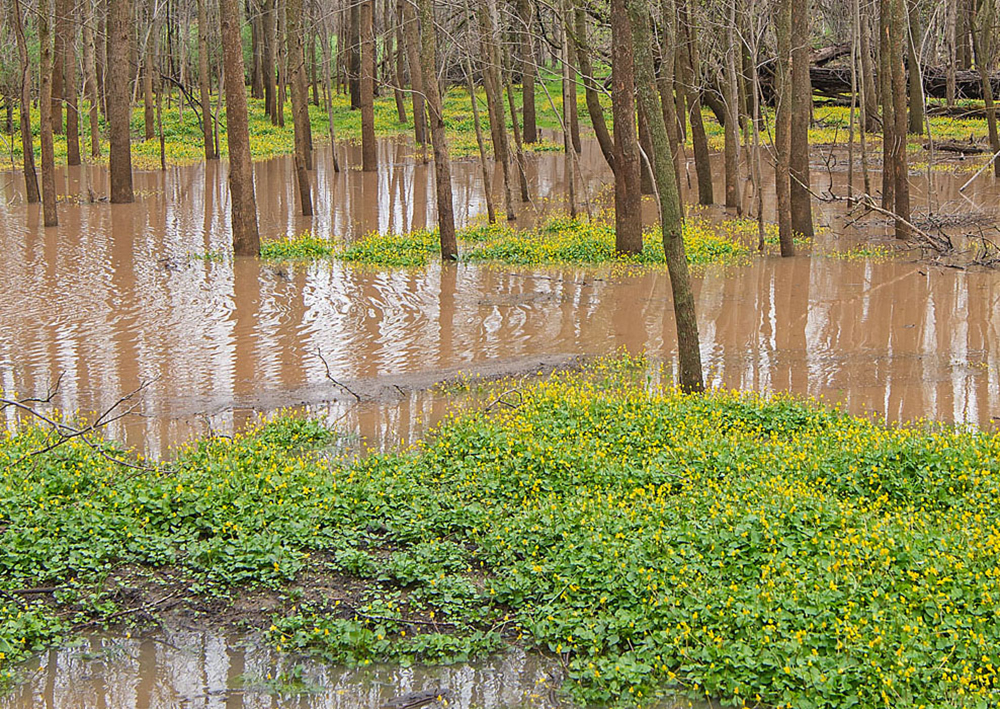 By the following morning it became clear that more than the cat was bedraggled. The crowded carpets of brilliant green and yellow Celandine flowers that yesterday swept along the west flats of Garnagua creek now looked like hordes of Despicable Me minions bobbing in wading pools. Some plants escaped submersion and formed undulating isolated islands. Others clung gloriously high and dry to ridges and flaunted their blooms.

It was quite picturesque.

A few miles north, the Macedon USGS water gauge recorded that the water rose from less than three feet to almost six feet in just a few hours; the flow in cubic feet increased over twelve times.

For this portion of the creek, the transformation was stunning, essential, expected, and delightful.

Stunning because the day before the creek and its environs were an idyllic storybook woodland scene bathing in delicious 80-degree sunlight.

Essential because the flood waters carried fertile silts that would feed and sustain that storybook scene in the months ahead.

Expected because those March and April and even May storms repeat almost every year.

Delightful because in the Finger Lakes nature continually surprises. And no season keeps us guessing more than spring.

And now we can only wait to see if there will be one last surprise that turns our tulips into snow cones. 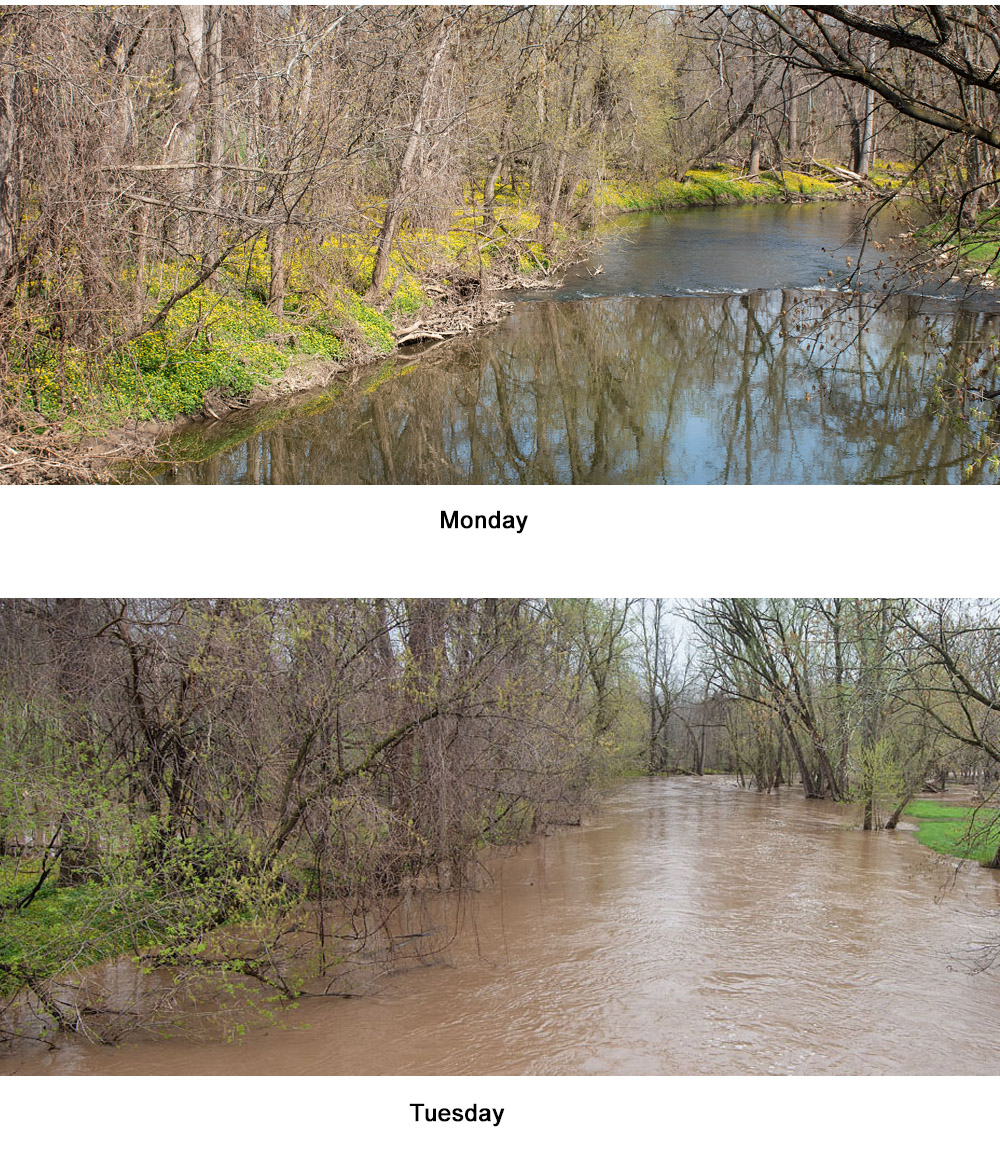 With 80 degree weather, the creekside flowers burst open in a colorful mass. With an inch or more of rain a few hours later, most vanished under the overflowing creek.

04/15/2021 story and photos by Derek Doeffinger I occasionally read poetry, infrequently write it, but, until now, never show it. But sometimes age trades…