The beauty that surrounds us.

Although my appreciation of native plants dates back over 70 years, I was only vaguely aware of the existence of wild orchids for most of that period. It took a good friend’s graduate research at SUNY College of Environmental Science and Forestry to call my attention to the profusion of species in my immediate territory. Some I discovered were thriving as close to home as the edge of my back yard.

I had, of course, known of the pink lady’s slipper (cypripedium acaule) and that it was a member of this ancient tribe. Unlike most other members, it typically grows in the open woods and blooms early, before the understory leafs out. It is common enough to be quite hard to miss, for those who frequent the spring woods.

The majority of the native orchid family members are notably harder to find. A significant number of species can be found in disturbed environments such as roadside banks, ditches and borrow pits; but are not noticed due to their diminutive size and/or unspectacular appearance. Many of the largest and most spectacular species inhabit bogs and fens, which are far less accessible and less welcoming places to visit. A more critical variable in determining their scarcity is their highly-specialized requirements for propagation. To reproduce successfully they require, in addition to proper light and drainage, very specialized soil conditions, including specific micro-fungi associations. Clearly, only a small number of likely sites can actually support healthy orchid populations.

My friend told me that in the Fall Creek basin he located 28 species, and that the state hosted another 30 or so. He offered to show me some local examples. I jumped at the chance, and thus began many happy years slogging through swamps, bogs and fens searching out these elusive beauties. Along the way I had many wonderful adventures and became acquainted with a small but most interesting group of other passionate wild orchid enthusiasts.

Anyone interested in finding or knowing more about wild orchids should first acquire one of several excellent field guides available online or at your local bookstore. In addition to aiding in identification, one or two of these guides combined with the Internet and your public library will tell you more than you probably want to know about orchid natural history.

The rest is up to you, and it doesn’t come easily. Like most truly worthwhile pursuits, progress can be painfully slow. If, however, you are patient and persistent and become familiar with the places and times orchids grow and bloom, they will slowly begin to show themselves with increased frequency.

For most, just knowing that these very special flowering plants can be found locally is enough. For the few that are bitten by the bug to hunt these beauties, ENJOY. 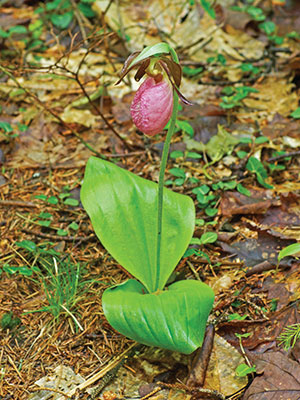 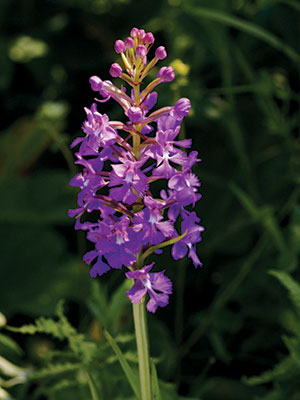 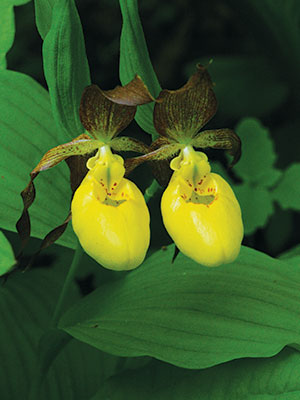 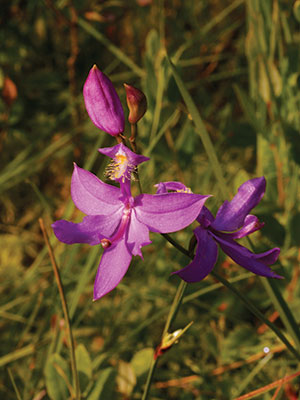 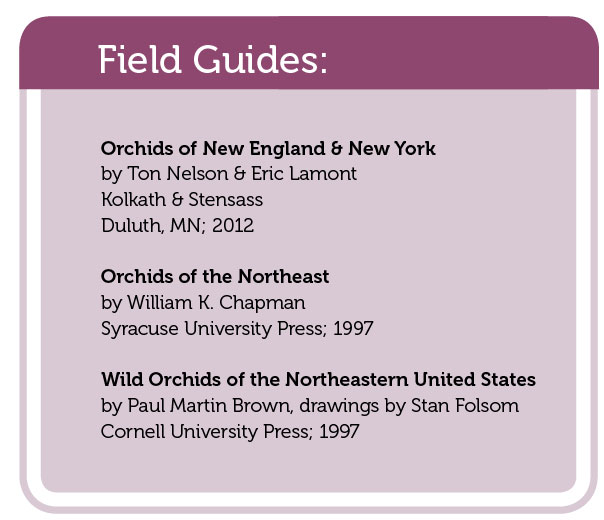 story and photos by Bard Prentiss

Whenever I go into the woods with a camera, I usually wear camouflage. Through years of photographing wild animals and birds, I’ve learned to…