I live on a gravel back road in the middle of a thousand acres of woods in northwestern Steuben County, in New York State’s Southern Tier–far from the concrete canyons of Manhattan. My nearest human neighbors are a half-mile away in both directions but my wildlife neighbors are just outside my windows, which is why I love where I live. The same whitetail doe had been giving birth to her fawns in the woods surrounding my home for five years before she eventually disappeared and now one of her daughters is doing the same. I don’t feed these deer or do anything to keep them here. And I don’t bother them either, which is why they probably feel safe here.

One of the benefits of this arrangement are photos like the image above –mama nursing her baby alongside the edge of my driveway. If I haven’t found any newborn fawns on my own by early June, their mother often parades them out to show me by the middle of July. 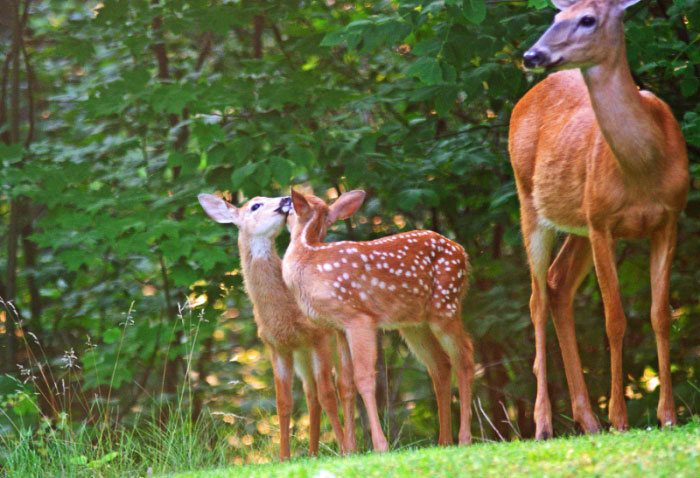 Images like this are just too precious not to share. I named this photo of two buck fawns nuzzling each other “Brotherly Love”. It was taken through a window in my house. 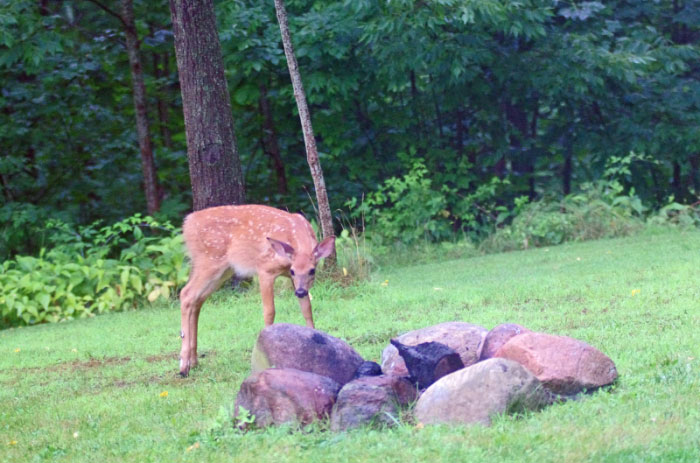 It’s fun watching fawns grow and seeing how their curiosity works.  This fawn is puzzled by the campfire pit in my backyard–perhaps by its smoky smell. 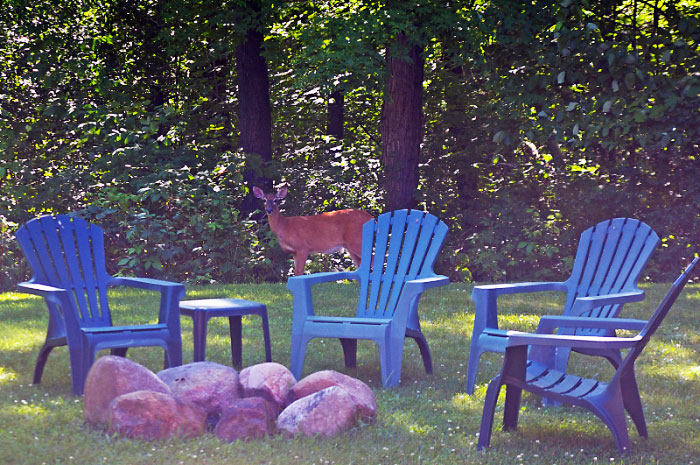 Even Mama gets curious on occasion, wondering what my plans are for later in the day. 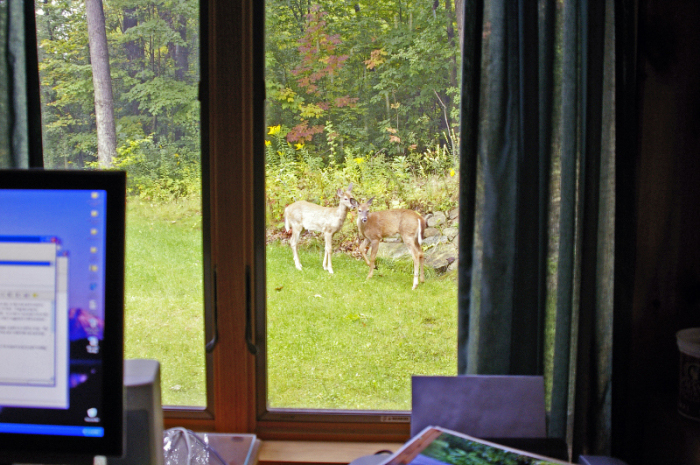 I must admit that it’s hard to concentrate on work with interruptions like these. I might live in the middle of nowhere, but I wouldn’t trade it for anyplace else in the world.

John has been a published writer/photographer for 40 years and is a 4-time award-winning member of New York State Outdoor Writers Association. Two of those awards were for these “Life in the Finger Lakes” articles: Plight of the White Deer and From the Brink of Extinction.

06/18/2018 story and photos by Cindy Ruggieri I love visiting Corning. In addition to taking in the Museum of Glass and the Rockwell Museum,…