“We love being here, brewing in the Finger Lakes and it still makes me happy every day knowing that people enjoy what we create.” said Jon Mansfield, Manager at War Horse.

War Horse was ranked 17 among 50 small and independent breweries from across 25 states. Median growth from 2016 to 2017 for these breweries was 216 percent; the median size of breweries on the list went from 284 barrels in 2016 to 963 barrels in 2017. These brewing companies represent 5.5 percent of craft’s growth by volume for 2017 and include eight brewpubs, 40 microbreweries and two regional craft breweries.

“With 5 percent growth overall for small and independent brewers in 2017—and microbreweries and brewpubs delivering the majority of that—we wanted to spotlight some of the breweries driving that growth,” said Bart Watson, chief economist, Brewers Association. “As the growth base for craft becomes more diffuse, these fast growing brewing companies illustrate that a diverse set of success stories still exist.” 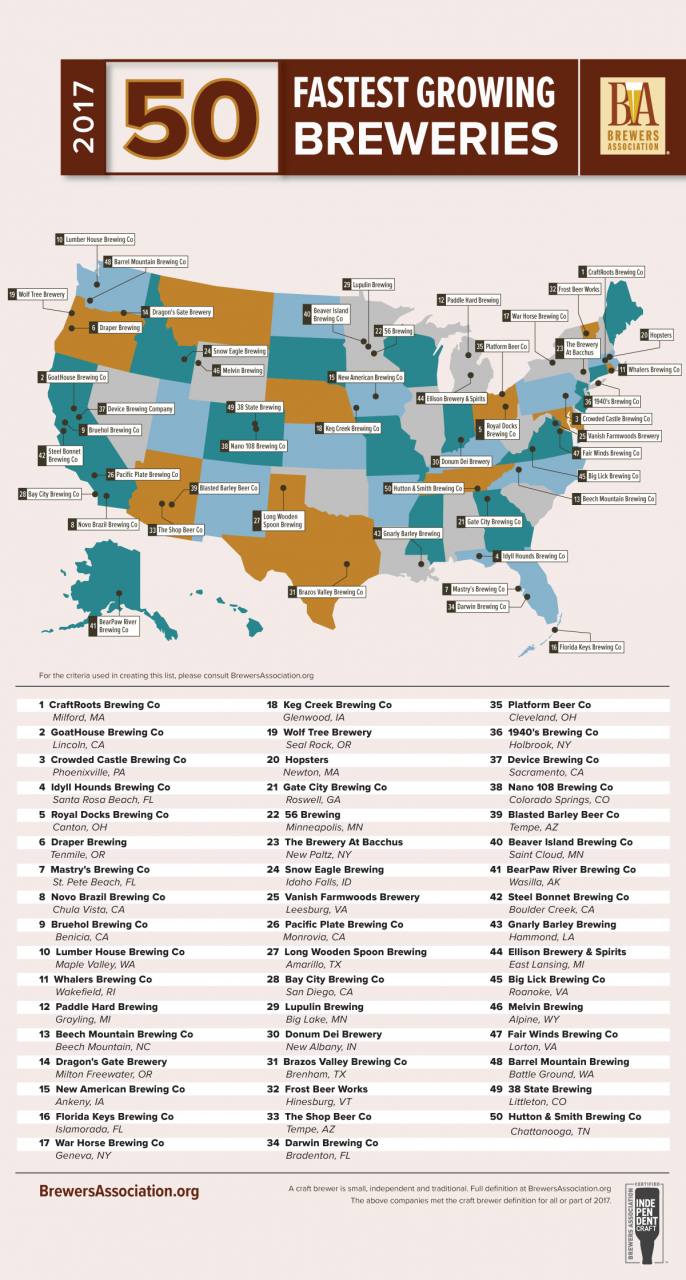 War Horse is the on-site brewery at 3 Brothers Wineries & Estates, on the Northeast side of Seneca Lake, in the Finger Lakes of New York. Started as a contract brewery in 2009, War Horse is now brewed, canned, and kegged exclusively on site on their 15bbl brewhouse. War Horse was the most awarded brewery at the NYS Governor’s Cup 2017. The brewery and winery and cafe are open every day.