The Village of Naples is one of this year’s Preserve New York (PNY) grantees. Their grant of $18,150 will fund a Cultural Resource Survey of the Village of Naples and its environs. The Preservation League of NYS and their program partners at the New York State Council on the Arts (NYSCA) are thrilled to help fund this important work.

The Village of Naples was initially settled in the early 1790s, with few original buildings surviving. In the early 1800s development moved to the current Naples Creek location allowing water-powered mill industry to develop, while the mid-1800s saw Greek Revival, Italianate, Second Empire-style houses, Greek and Gothic Revival churches, and Italianate-style business structures. This survey will build upon a 2018 Preserve New York-funded reconnaissance-level survey and will lead to four National Register Historic District nominations, three districts, plus Fairview Cemetery, as shown on the accompanying image. An $18,150 Preserve New York grant will enable the Village of Naples to hire the Landmark Society of Western New York to complete the nominations.

National Register designation is good for home and business owners giving them access to the New York State Homeownership Rehabilitation Tax Credit program. A historic district can also be an excellent marketing tool and can help build neighborhood pride. According to Naples Mayor Brian Schenk, “the nomination to and establishment of these districts on the National Register is an integral part of implementing the long-term strategic plan goals for the Village of Naples. Recognition of these districts will assist in accomplishing these goals by raising awareness of their cultural and economic importance within the community, and by enabling potential tax credits and grant funding. Established National Register districts will strengthen the tourism base by maintaining local authenticity while helping to ensure that proper planning, zoning, and resource development standards are adhered to in order to maintain an inviting atmosphere and quality experience for both visitors and residents.” 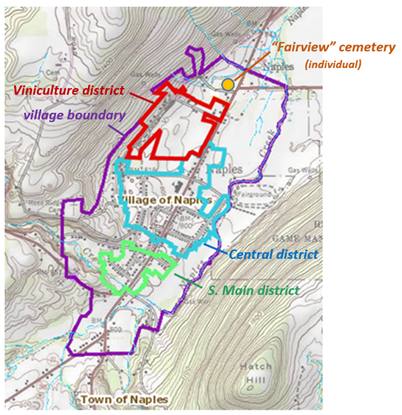 At its 2020 meeting, the Preserve New York grant panel selected 19 applicants in 15 counties to receive support totaling $193,390. Many of these grants will lead to historic district designation or expansion, allowing property owners to take advantage of the New York State and Federal Historic Tax Credits. With the announcement of the 2020 awards, support provided by Preserve New York since its launch in 1993 totals more than $3 million to 457 projects statewide.

Since 1993, the Preserve New York grant program has been providing funds to municipalities and nonprofit organizations that need technical, professional assistance to guide a variety of preservation projects. The historic structure reports, building condition reports, cultural landscape reports, and cultural resource surveys that are funded through this program can have profound impacts on the sites they are studying.

About the Preservation League of New York State

Since its founding in 1974, the Preservation League has built a reputation for action and effectiveness. Our goal has been to preserve our historic buildings, districts, and landscapes and to build a better New York, one community at a time. The Preservation League of New York State invests in people and projects that champion the essential role of preservation in community revitalization, sustainable economic growth and the protection of our historic buildings and landscapes. We lead advocacy, economic development, and education programs across the state.

Drive through the town of Homer, and you will see a charming Main Street setting – a quintessential slice of rural Americana reminiscent of…