Story and Photos by Catherine Ravensong

One of the things I most love about living here is the beautiful simplicity of the Finger Lakes landscape. And people, and lifestyle. I recently spent two years meandering this great country – 26,000 miles in all – and while I often stood looking out at some of the most incredibly stunning vistas one could imagine, my heart longed for the quiet innocence of watching the sun set behind a farm’s tall silo, or the crimson splash of a cardinal in the snow, or the silence of a lake, frozen in time, waiting for Spring’s magic to come. There is such an honesty to a pristine blanket of winter white as it reflects the low golden sunlight in January, un-tread, save for the wanderings of a lone deer or coyote. 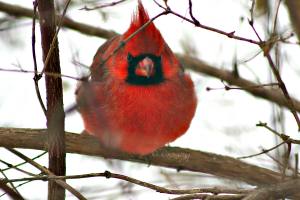 My grandmother was born and raised on such a farm, like several generations before her, just south of Geneva and a stone’s throw from the west side of Seneca Lake. She grew up doing “farm things,” always in season and at the proper time, and although she moved to Elmira, she continued on as best as she could: seed planting in spring, weeding the garden in summer, canning at harvest and mending in winter. Mondays were bread and pie making day, Wednesdays were saved for laundry … always hung on the line, even in zero degree weather. Sunday, her sons would go off to church while she stayed home preparing a feast for them to enjoy on return. She brought these comforting routines with her decades later when she came to Philadelphia to help raise me – giving me insight into a kind of life I would have never known. She taught me about the great oaks and maples and the soft grass; she talked about the trout that ran the cold creeks and how to know when a storm – still far out of sight – was coming. When the local huckster made his weekly rounds, she’d instruct how to choose the most delicious and ripest fruits. They said she was part Seneca, and she, like the land and lake themselves, was a simple woman of few words – but of great depth and fertile soul. 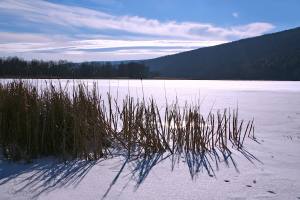 They say that DNA has memory, and I have no doubt of this. Though I was born in Pennsylvania and lived 47 years there, busy with a life forged in enormous bustling cities, the Finger Lakes had a hold on me that I cannot explain otherwise. I yearned to know the lakes, to walk slower, to breathe air scented with wildflowers and rushing waters, to smile as I chat with a cheery chickadee in winter. And to look out my window as I hear the clip-clip-clip of a horse and buggy lazily heading up the street. I wanted to know where my ancestor’s lives flourished, and why they loved this land so much. In 2002, I moved here, leaving modern skyscrapers for antiquated houses, highways for dirt roads, and the roar of jet engines for the silence of a summer sky. The night I arrived, I sat on my porch gazing out at a warm June rain, and exhaled a long-held sigh of relief from deep inside. 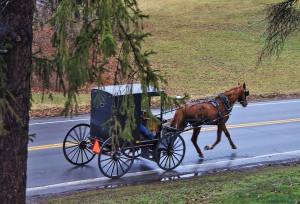 I’ve never looked back from that day, though I’ve traveled from coast to coast, through major cities, over primordial red rock arches and snowy mountain passes, and into vast deserted deserts. The land here in the Finger Lakes is a guileless. It is honest, genuine and filled with more beauty and diversity than all my wanderings, combined. Four well defined seasons, each with their own unique personality and beauty, and an ancient history here … a history the trees and lakes will tell, if you listen closely. A 10,000-year history of the original indigenous people and the more recent Haudenosaunee – along with their influence in our own Constitution. A history of Dutch settlers dating to the 1500’s, and later of Amish and Mennonite, farmers and loggers. And yet with that long history, the Finger Lakes still remain in some ways much as they were … scattered towns, checkerboard farmlands, rolling hills, tumbling waterfalls and lakes filled with slaphappy fish leaping skyward. Is it any wonder I came to find the land of my ancestors … and returned once again?

The venerable WCGR-AM radio station celebrated its 50th anniversary on the airwaves this year. Ten years ago, WCGR joined the roster of radio stations…