This past weekend, John Adamski, a dear friend of mine, passed away. He was many things to many people. He is known as the founder of the Finger Lakes Museum in Branchport, New York. And he was also an avid outdoor writer and photographer who published books and was published in various magazines, including Life in the Finger Lakes. John loved to fish and owned a charter boat on Lake Ontario for a time. He was also an architect and homebuilder and specialized in timber frame structures. The Adirondacks were special to John, having lived and worked there for a period of time in his younger years.

I first met John in 2002. He wanted to propose an article idea to me about black bears – to be published in the magazine. He mentioned how they were starting to get a foothold in the Finger Lakes Region, and that this article would be timely. How right he was! We met for lunch at a little eatery in Geneva, at an old train station turned into shops and a restaurant. Right away, I could tell how personable and sincere a person John was. He was also forthcoming in discussing the recent passing of his wife Barbara and I could tell that he felt emotions deeply. I knew immediately that I liked him and would enjoy working with him.

The very first article that John wrote for the magazine, “Getting Along with Bears,” was published in the Spring 2003 issue. Click on the magazine spread below to read the entire article. Also, here’s a link to the digimag for that particular issue. 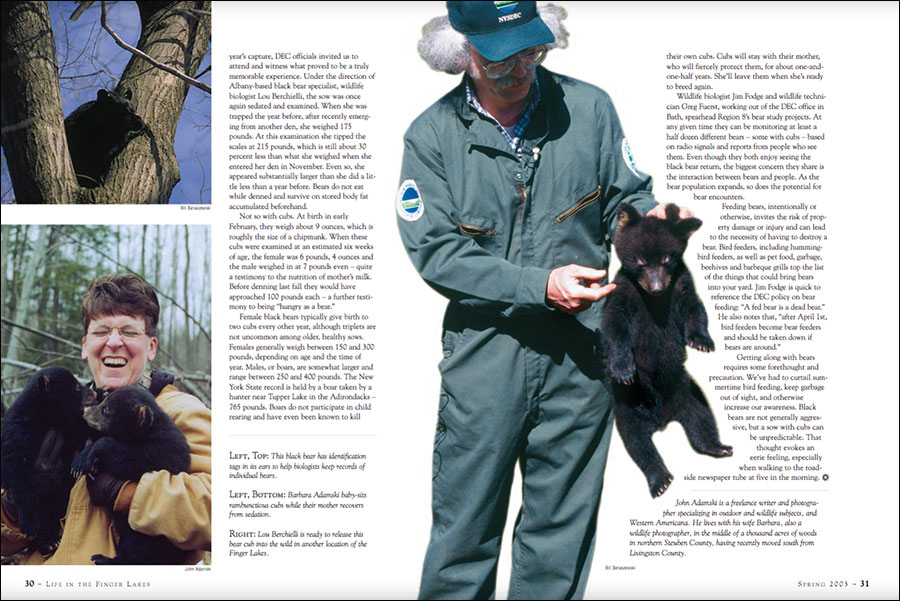 John continued to write for the magazine, and then in 2008 he was very excited to have a great idea that he first wanted to present to the public in the magazine. The article – “A Finger Lakes Museum Proposal” – was published in the Spring 2008 issue. The magazine created an online survey about the article to gauge the interest of magazine readers. The response was tremendous and through that article and resulting interest from Finger Lakes residents, an organization was formed to accomplish the goal of a museum. It is now located in Branchport, with a focus on outdoor activities such as hiking and paddling. The building restoration and exhibits are future goals. Click here to learn more about the museum. Click here to read the Spring 2008 digimag. 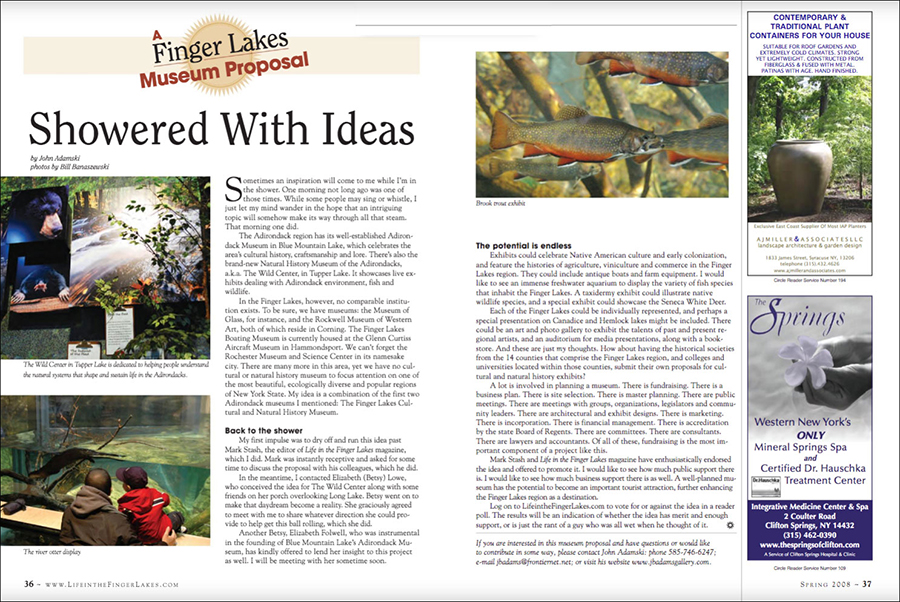 As the years passed, John was a frequent contributor to the print magazine, and he also wrote a number of online articles as well. John was always thinking, always working, and always loving what he did. The last article that John wrote for me – “Irondequoit Bay – One Man’s Story” (MarchApril 2020) – harkened back to his childhood days, growing up near the bay. I think it was a fitting ending to his writing career with the magazine, a way for everything to come full circle. View the entire issue here. 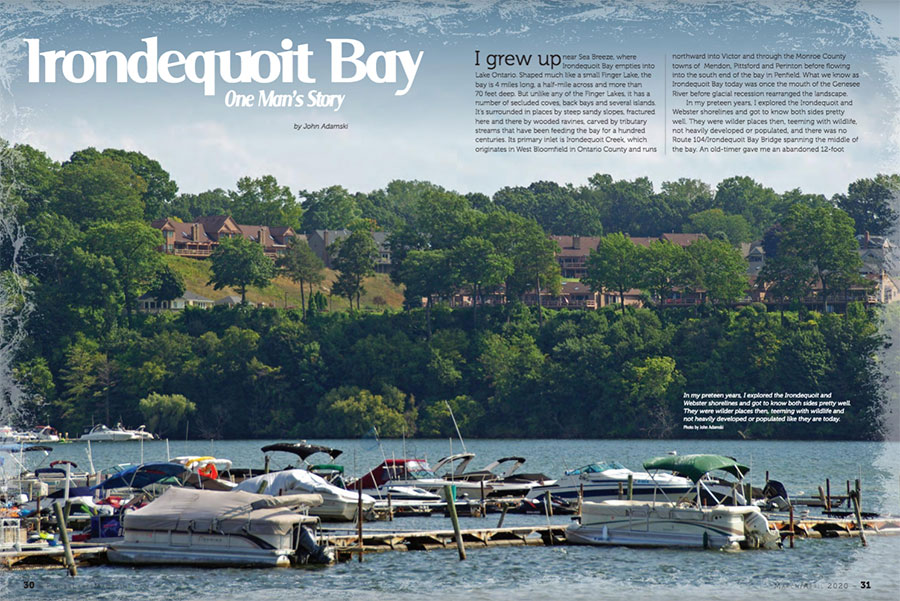 I will be forever grateful that I knew John, and that he took the time to get to know me as well. I consider him to be a mentor. He showed how to follow dreams and interests. Up until the very last breath he was reaching out to everyone and sharing his life and his loves.