Dr. Bob Werner lived on the shores of Skaneateles Lake, and during an especially busy life, he volunteered much of his free time to insure his beloved lake stayed pristine and beautiful.

Werner passed away in mid-September last year, after fighting a short battle with cancer.  Werner was a faculty member at the SUNY College of Environmental Science and Forestry (ESF), a state school located on the campus of Syracuse University, since 1966. His specialties were limnology (the study of freshwater lakes) and ichthyology (the branch of zoology studying fish).

A memorial service will be held Wednesday, August 4 at Skaneateles Country Club. Because of space limitations the service is invitation only. But the event will be live-streamed.

Born in 1936 in South Bend, Indiana – the home of Notre Dame University – Werner spent many childhood days at a small lake near his home, fascinated by the animals and plants that thrived there. He later earned his undergraduate degree from interstate rival Purdue. After marrying his wife of more than 60 years, Jo Hite, Werner spent two years in the Marine Corps before getting his Master’s degree from UCLA and his PhD from Indiana University. 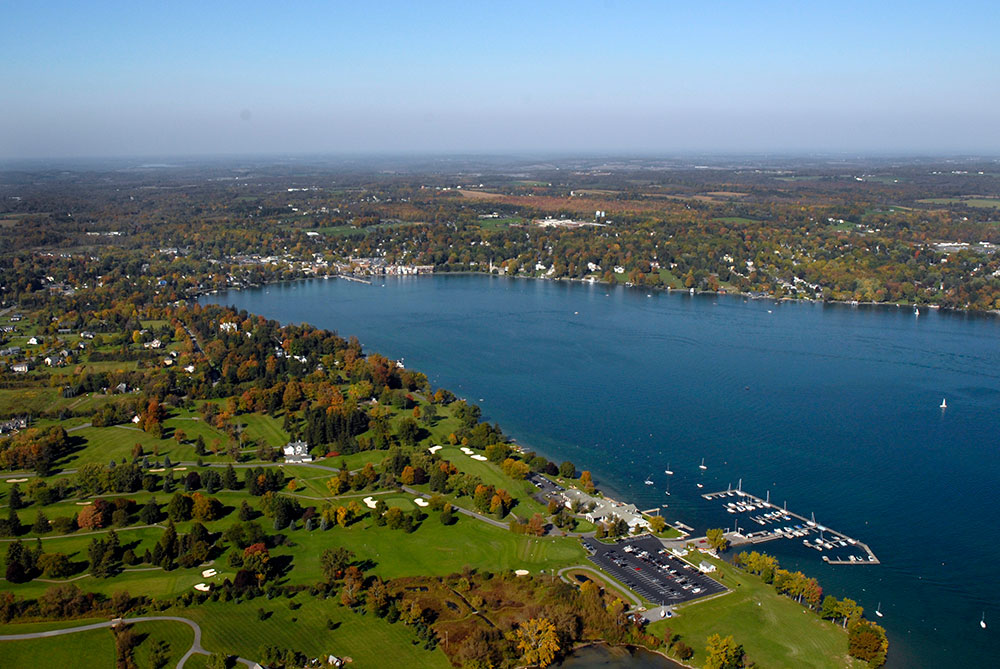 Frank Moses has been the executive director of the Skaneateles Lake Association (SLA) since 2012. Many know Moses from his work at the Montezuma Audubon center, prior to his move east. Growing up on Otisco Lake and having spent many youthful days on the next lake over, Moses said Dr. Werner is “dearly missed.”

“He was right there for me from the get-go. Anytime we had a lake ecology question, Bob knew the answer,” Moses said. “We were really blessed to have him. There’s a huge void that he’s no longer with us.”

Affectionately called the Dean of the Lake and The Lake Professor, Werner is best known for working to control Eurasian Watermilfoil. Although milfoil looks delicate, it is not. Yet another of those “highly invasive” plants causing problems throughout the Finger Lakes, milfoil can grow up to 20 feet in length, and fragments can easily root in shallow water causing thick mats to form. When it dies milfoil rots and can cause bad odors

Back in 2001, Werner and Rich Abbott – a student of his at ESF – first noticed milfoil, mostly on the southern end of Skaneateles Lake. They found 39 patches of the weed. Five years later, the number of patches had more than tripled.

“We were quite stunned by that. That’s a very rapid rate of increase for an invasive species,” said Abbott, who is now the water quality sanitarian for the city of Syracuse. “The lake association knew they had to act quickly.”

Money was raised for eradication, but the methods of control evolved over the years. Initially, the milfoil was pulled up by hand but that caused too many fragments to break off. Then, a special boat system was designed to vacuum up milfoil. Significantly faster than hand-pulling, it still was not the most efficient system.

Large mats are now used to cover the invasive. Without sunlight the milfoil dies and the mats are effective in limiting spread and reducing odors.

Around 250,000 people in the Syracuse area get their drinking water from Skaneateles Lake, one of the few sources of unfiltered water in the United States – although floride and chlorine are added. The great concern among Onondaga County residents and government officials is that the state’s Department of Health may one day order a water filtration plant to be built. That would cost upwards of $150 million.

With proper upkeep, Skaneateles-area residents are confident a filtration plant will not be needed. Over the last decade, more than 1,400 households, businesses and organizations have joined the SLA.

“Bob was inspiring to others, and today the time and talent of the lake association members is amazing,” Moses said.

02/13/2019 Story and photos by Cindy Ruggieri For Ike and Julie Lovelass, busy owners of the very popular Owego Kitchen restaurant, it was never…