Auburn and Cayuga County have deep ties to the Underground Railroad. Research has indicated that there are over 100 documented connections in Cayuga County to the UGRR.

The Harriet Tubman Underground Railroad Self-Driving Tour App includes two routes to guide you through the Underground Railroad history in Cayuga County. The Auburn tour has 34 sites and the Cayuga County one has 27.  The app is free and available at the Apple or Goggle App Store. To learn more visit https://www.tourcayuga.com/harriet-tubman/places-to-visit/underground-rail-road-tour/. 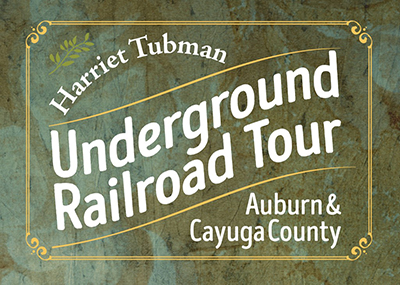 Today in Cayuga County, you can see some of the churches and meeting houses that were stations on the Underground Railroad. In Auburn, one of the most notable stations was the home of William Seward and his wife Frances. Take a tour of the Seward House and Museum and view the basement area that was used to hide slaves. In Cayuga County, visit the Howland Stone Store Museum and learn of Harriet Tubman’s friendship with fellow suffragist and abolitionist, Emily Howland.

Harriet Tubman was Auburn’s most famous freedom seeker. She escaped from slavery in 1849 and became a conductor on the underground railroad making over 13 trips and helping many men, women and children escape slavery. She also instructed dozens of others on how to escape. She settled in Auburn in 1859 and lived there 54 years until her death in 1913.

The ubiquitous GoPro camera is everywhere these days, as are its distinctive images of extreme outdoor adventuring – from water skiing, hiking and other…