Writing for Life in the Finger Lakes printed magazine means doing everything at least a year ahead and hoping that what seems interesting now will still seem interesting a year from now. Last Saturday I decided to add to my sunflower and waterfall collection of photographs, but found more than I expected. Much more.

I headed out early to the Fredericks’ sunflower farm in Phelps, hoping to kill a few hours before heading down to the Great Gully waterfalls where families often creek walk to beat the heat. Neither the Fredericks nor their sunflowers were out; maybe next week.

So I drove on, and as I slipped through Clyde, I found the lady president of the museum touching up the paint on the historical marker in front of it. I told her what I was up to, and she pointed me south to a beautiful sunflower field. And beamed a big smile before I left. 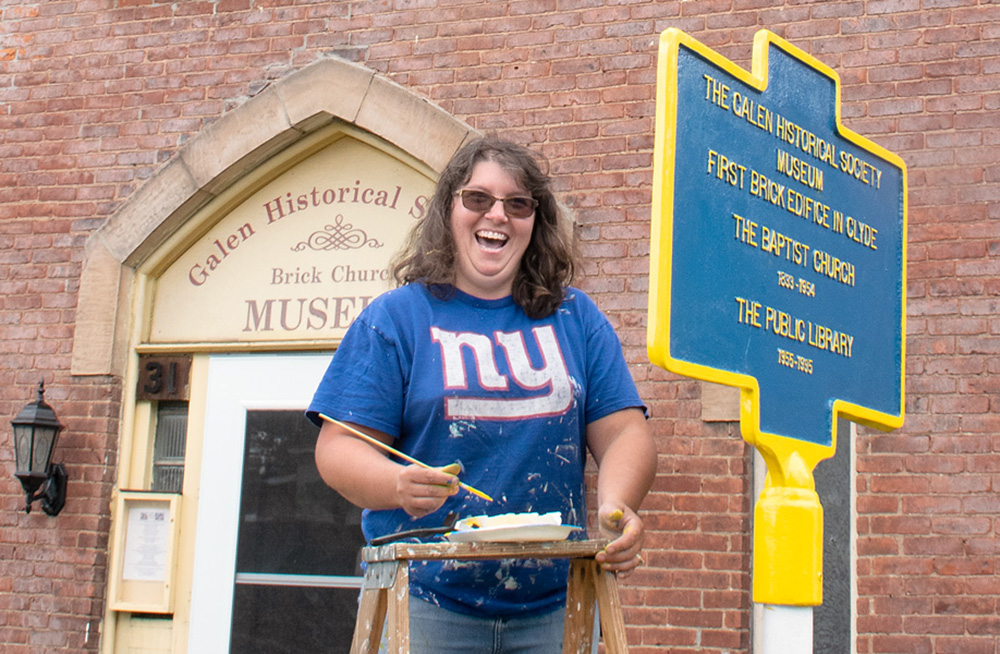 Both the smile and sunflower field were near perfection. But you could pick the sunflowers. And that’s just what several people were doing: for a daughter’s birthday, for a different daughter’s bridal shower, and just for the heck of it (me). A foreground of brilliant yellow sunflowers underscored the bright red barn looming over them. Just as I was about to leave, a father and daughter on bikes stopped to admire the sunflowers. The duo were biking across New York to celebrate (and possibly commiserate) the daughter’s oncoming freshman year at Potsdam.

On the way to the Great Gully, I breezed by Carla’s house on Rt. 5/20 and admired her amazing and ever changing front yard garden always crammed (and I mean crammed) with seasonal flowers; tiger lilies reigned supreme today. Then to energize my upcoming creek stroll, I dashed into Sauders (a Mennonite grocery store) for some fortification: cinnamon rolls and real whoopie pie cookies. 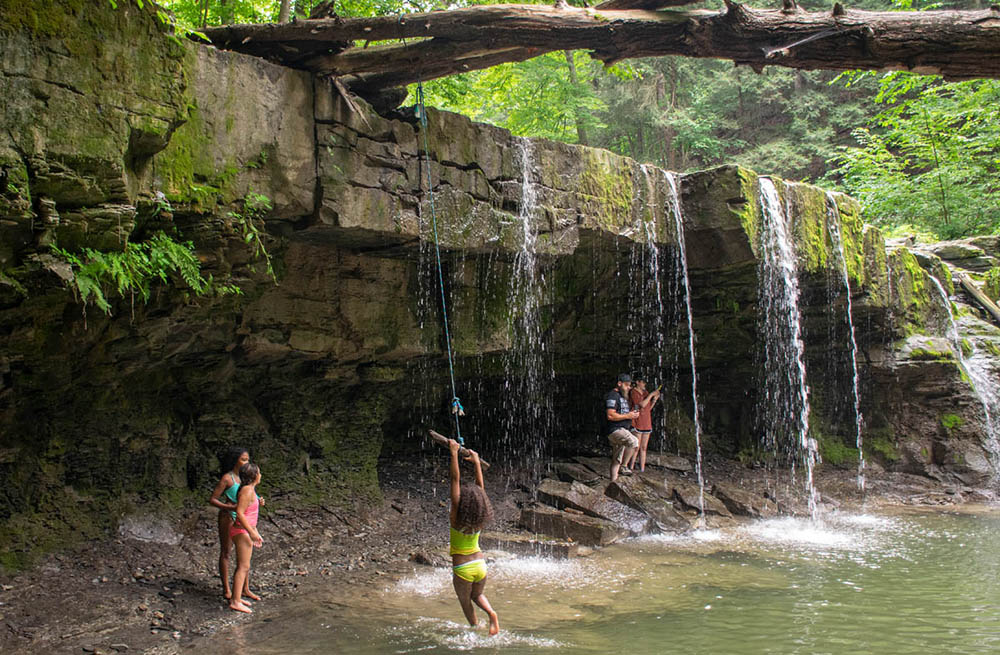 Low water but high fun at the Great Gully Falls.

Within an hour, I pulled into the small dirt parking lot at Great Gully. No one was at the roadside falls, but I could see a group of kids and adults heading up the creek to the second falls half a mile away.

I followed. Several families, including three boys and a mom from Minnesota, frolicked in the falls and the pool created by a summer dam built by creekwalkers. Two young girls took turns on the rope swing. One twisted the rope and spun around like a top as she swooped through the air. Several smiling adults watched from behind the falls, probably wondering what embarrassment might await them if they tried it. 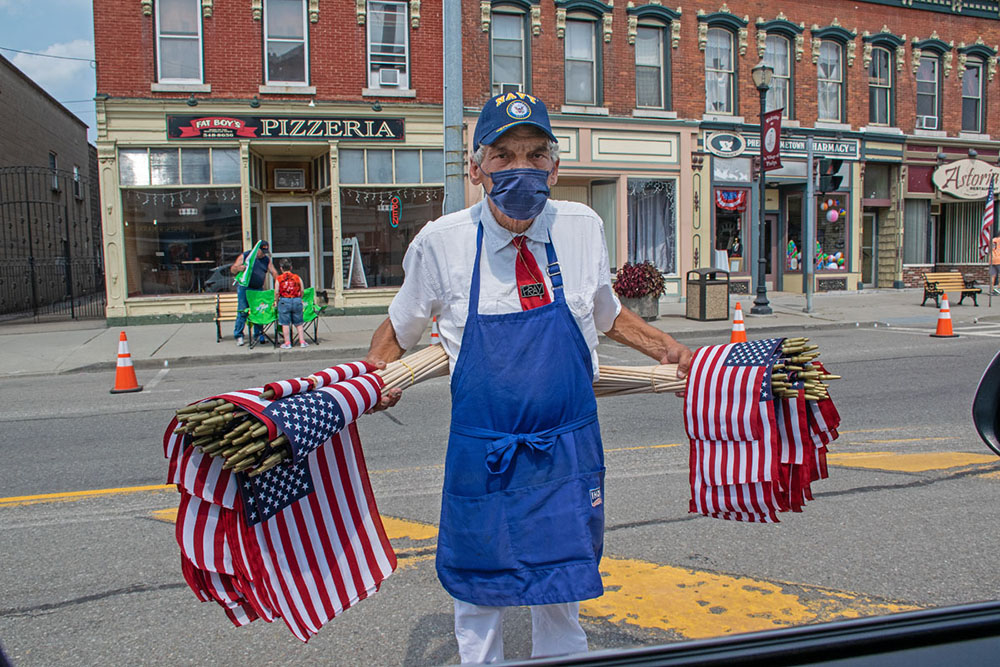 A Phelps volunteer hawking flags to celebrate the Sauerkraut Festival in Phelps.

Photography complete, I headed home and passed through Phelps, where Route 96 was lined with chairs. The  Sauerkraut Festival parade was going to start in an hour. A volunteer positioned himself under the town’s center traffic signal and strode from car to car hawking flags to raise money.  I saw a picture so I swung the car around and photographed him through the window as he approached.

I got lots of pictures. But in the end, it was just another mid-summer Saturday in the Finger Lakes.