Nature pranked us again. With a spring snowstorm. Which was a visual delight.

A week ago it was warm and sunny, and blooms were bursting everywhere. Snow was forgotten. Until yesterday, when nature unleashed repeated squall attacks of sticky snow. And it was delicious. When we woke up, the ongoing frosting party was already well underway. We couldn’t resist the temptation to see how visually tasteful it was, so we headed out on a road trip that would take us from Rochester to Naples. 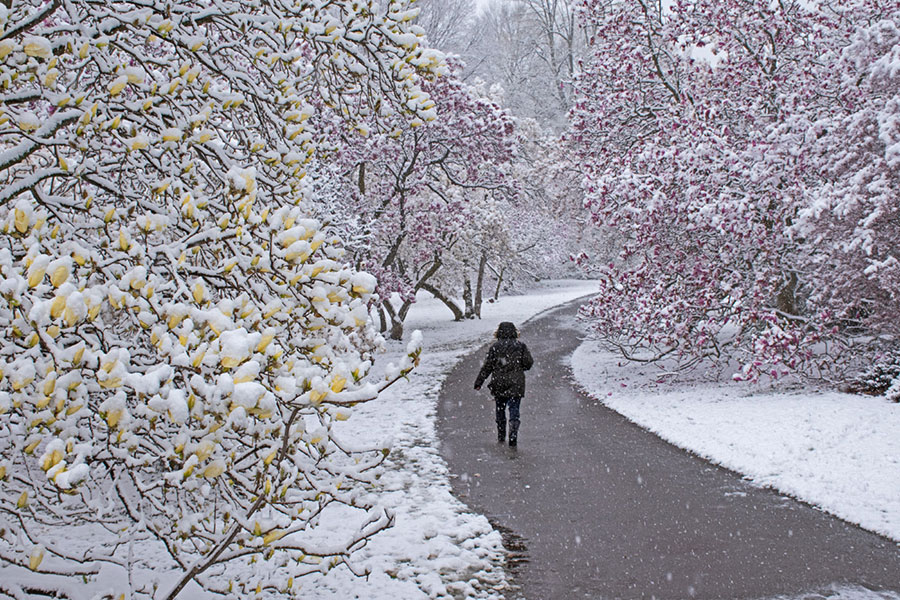 At Rochester’s Highland Park arboretum, tulips flaunted over sized frosting caps and the blooming branches of magnolia and cherry trees wrapped themselves in sinuous white scarves. The tulip bed looked like a marching band waiting to strut their stuff in fancy new uniforms. In full bloom, the magnolias appeared to be the losers in a shaving cream fight. 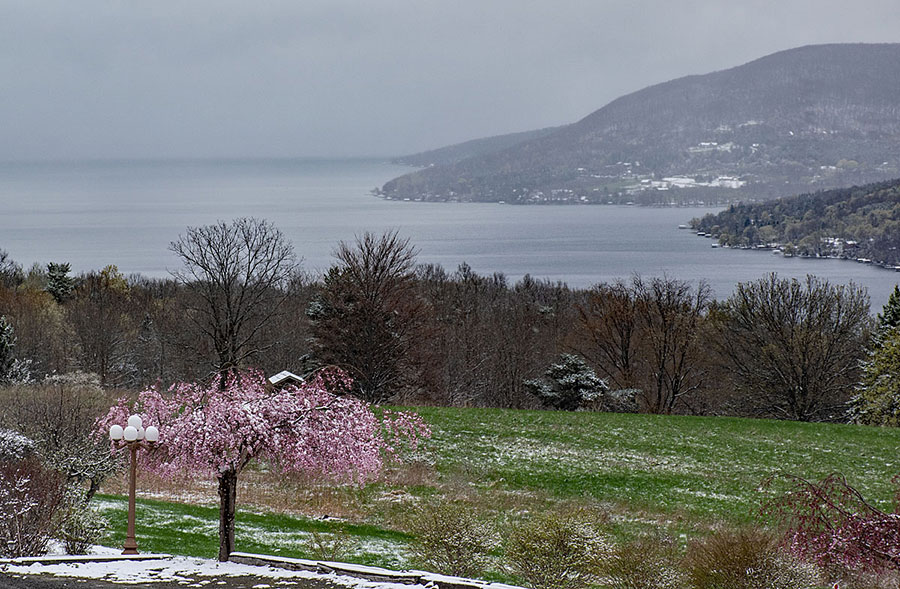 The weaving drive along the roads between Rochester and Naples revealed the efforts of nature throwing gobs, like an abstract artist, of snow on the warm landscape just to see what stuck. There was a grove of ornamental cherry trees in full blossom. Extra full blossom might be more descriptive. The normally delicate blossoms had caught the snow until it mounded up to form tennis-ball-sized cotton puffs that adorned the trees from top to bottom. Further along, shorn sheep had gathered in small groups wherever there were open patches of pasture to graze on. 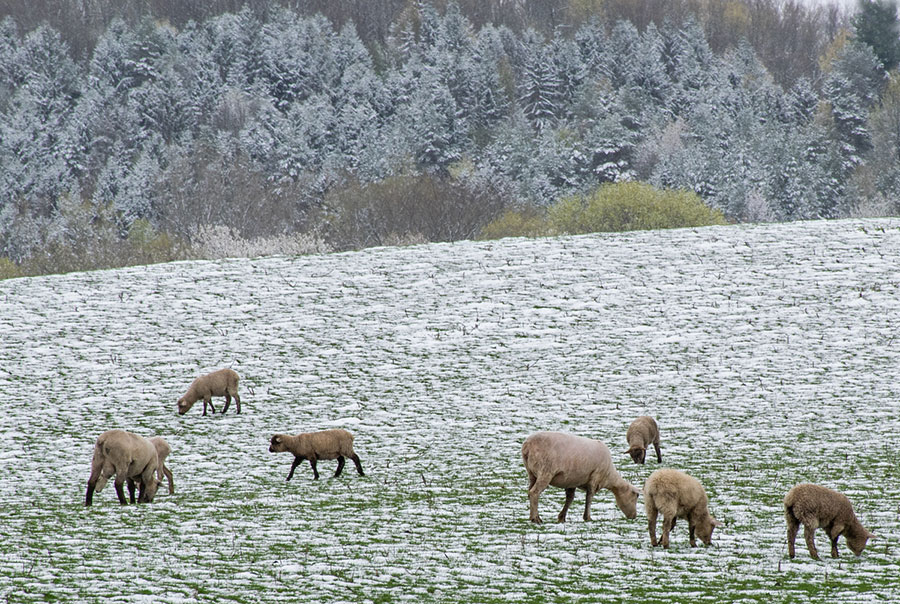 At one stop the wet snow beckoned irresistibly. Who could resist what might be the last chance to pack a snowball and revel in its nostalgic heft before fastballing it into a tree trunk? That is if you don’t throw wild past your target.

The drive ended at the southern end of Naples Road. But that stretch of highway, known as the high road for its views, revealed red barns, fields, blooming trees, and vineyards all dusted in snow. And through several open expanses we could see views across Canandaigua Lake to the long snout of Bare Hill.

By the time you read this, the snow will be gone. The fields will have returned to electric green. And if the forecast holds true, we’ll be donning shorts and the trees will continue to push out their leaves a few weeks ahead of schedule.

When will the next surprise snowstorm hit us? I predict that will occur on October 23.

06/14/2019 Article by Dee Calvasina Photos by Dennis Money Out of an estimated 28 million whitetail deer in North America, you may find it…