Here are some great photo tips and techniques from Derek Doeffinger for taking photos of your pets. To learn more, read “How to be a better photographer: taking pictures of your pets” on page 28 of the May/June 2015 issue.

One of my goals as a grandfather is to get a picture of my grandchild published. And now I’ve done it – in this article. Of course, by that admission, you now know that I’m one of those granddads – the kind with a granddog. Chloe is a great dog and very photogenic so we get along fine.

After a lifetime of photographing dogs, I’ve learned to keep photo sessions short and fun. You should, too. Keep the sessions to a few minutes, stopping sooner if the dog gets fidgety. Use food as a reward and as a way to direct the pet’s attention. I have excluded cats from the discussion so far because they like to take matters into their own paws. 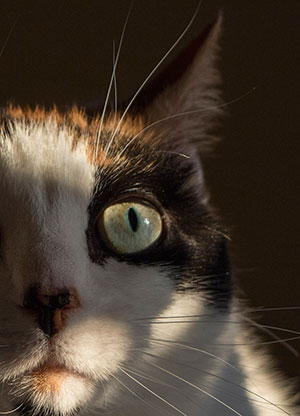 Move in close
That bumpy nose on your pooch, those piercing eyes of your cat. The features of cats and dogs abound with interesting details that can make for intriguing pictures. When your animal is snoozing or calmly lazing around, move in as close as your lens allows and begin snapping some shots. And if you can’t get quite close enough, shoot some pics anyhow and later crop them in your image-editing software. 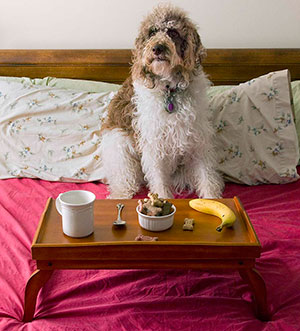 Putting on airs
Who hasn’t snuggled a Santa cap on their dog’s head or perched a cat behind a book or a laptop to make it seem like it was reading? Cooperative pets (emphasis on cooperative) allow you to indulge in all sorts of whimsical photo creations. In this shot, I was dog sitting Abby. Not only were her owners on an extended vacation, they don’t allow Abby up on the bed. But house rules in my home are liberal. So not only was she allowed on the bed (sometimes – she’s a covers hog), but I made it look like she was on her own vacation and getting room service. I emailed them the pic and they got a kick out of it. 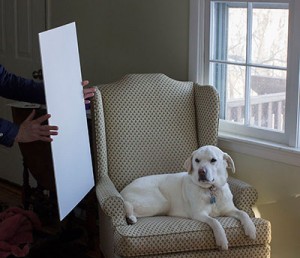 When you think about the Finger Lakes region, what comes to mind? The beautiful lakes provide the opportunity to partake in almost any water…