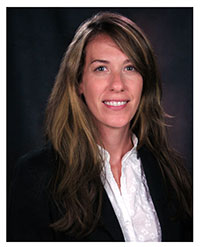 The Finger Lakes Museum & Aquarium’s (FLM&A) board of trustees recently appointed Natalie Payne as the new executive director, replacing Phil Lentini who is no longer with the organization. She has been involved with the FLM&A’s project development since its inception and served in a number of different positions including associate project director, director of communications and programs director.

Payne was elected to the organization’s original board of trustees in 2008, while she was acting curator and wine center manager at Sonnenberg Gardens in Canandaigua. She resigned her board seat to take a paid position with the Finger Lakes Museum & Aquarium in 2010. Last year, she earned a Masters Degree in Management, with a focus in non-profit leadership, through a FLM&A -sponsored scholarship at Keuka College. She lives in Canandaigua with her husband Alex, one-year-old son Roland, and two Springer Spaniels.

After several moves, the Finger Lakes Museum & Aquarium’s field office is now located in a temporary modular space on its site – 3369 Guyanoga Road in Branchport – while construction is underway to reuse the former building, turning it into a museum exhibit hall with a small area to be outfitted as permanent office space. Work on the Creekside Center, the organization’s canoe and kayak livery on Sugar Creek, is slated to begin later this month and will allow programming to begin happening on-site. LeChase Construction Services from Rochester is the construction manager.

It is all part of Payne’s “Moving the Museum Forward” initiative, which — after several interruptions — is intended to get and keep the project on track. She feels that an onsite public presence is essential as the project continues to gain momentum.

“Moving the Museum Forward” includes an open house at the FLM&A site from 10 a.m. to 2 p.m. every Saturday for the rest of the month of May. In addition, there are three family-oriented activities scheduled for the month:

For more information and to register for any of these events, see fingerlakesmuseum.org.

In response to “The Powers that Be” Mark, in your My Own Words section of the Fall ’03 issue of  Life in the Finger…