The proliferation and perpetuation of life this time of year simply amazes. Both plants and animals race to perpetuate their species while food and weather cooperate.

Many plants toss their seeds (and fates) to the winds by the billions, hoping a few found a fertile spot, such as our unmulched garden, to begin their lives. Although insects often rely on huge numbers, larger animals take a different tact. Swans, geese, chipmunks, deer, foxes, and others coddle, protect, and shepherd their few offspring through the dangerous early weeks.

The millions of May dandelions that blanketed fields have finished their turn. Now we can “admire” the squads of cottonwood seeds flying through the air. 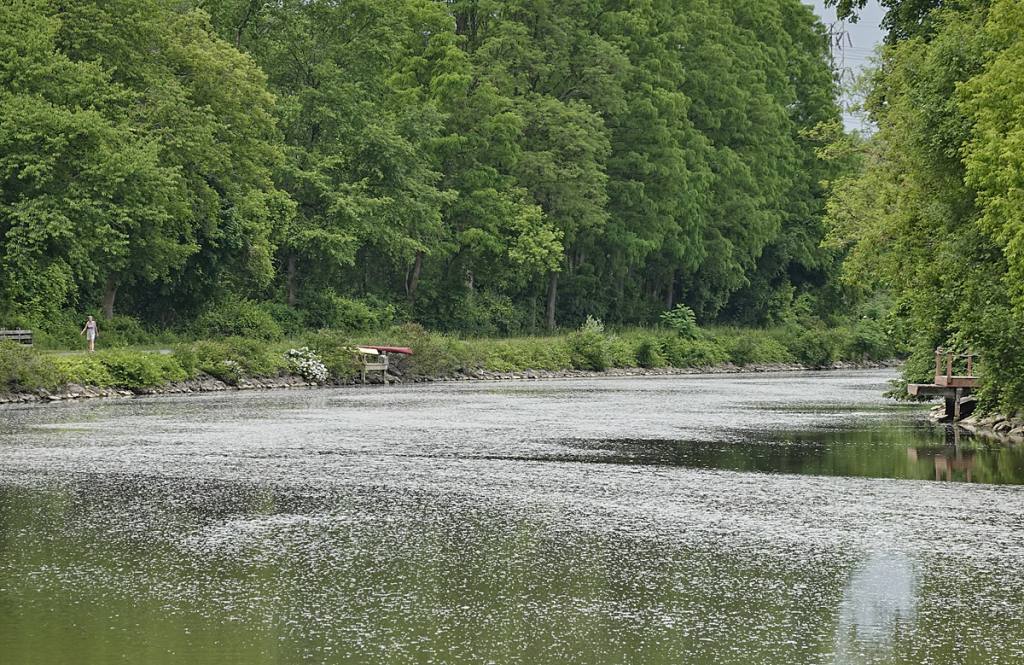 This year’s cottonwood abundance has blanketed lawns, fields, and ponds—and invaded a few unexpected places. I left my car windows open all morning this past Monday. When I sped out on an errand I found myself inside a snow globe on wheels. All afternoon when the breezes stirred the Cottonwood tree tops across the street, I could look up to see a stream of seedlings sparkling in the sky like a backlit garden hose.

Although you’re not likely to find cuteness in seeds, it abounds in baby animals. For an article for next year, I’ve spent the past two weeks kayaking among the mute swans of Irondequoit Bay trying to catch their babies (cygnets) riding on mom’s (or dad’s) back. After a dozen trips I finally succeeded. But it was sobering to see that the eight babies that hatched three weeks ago are now down to three. 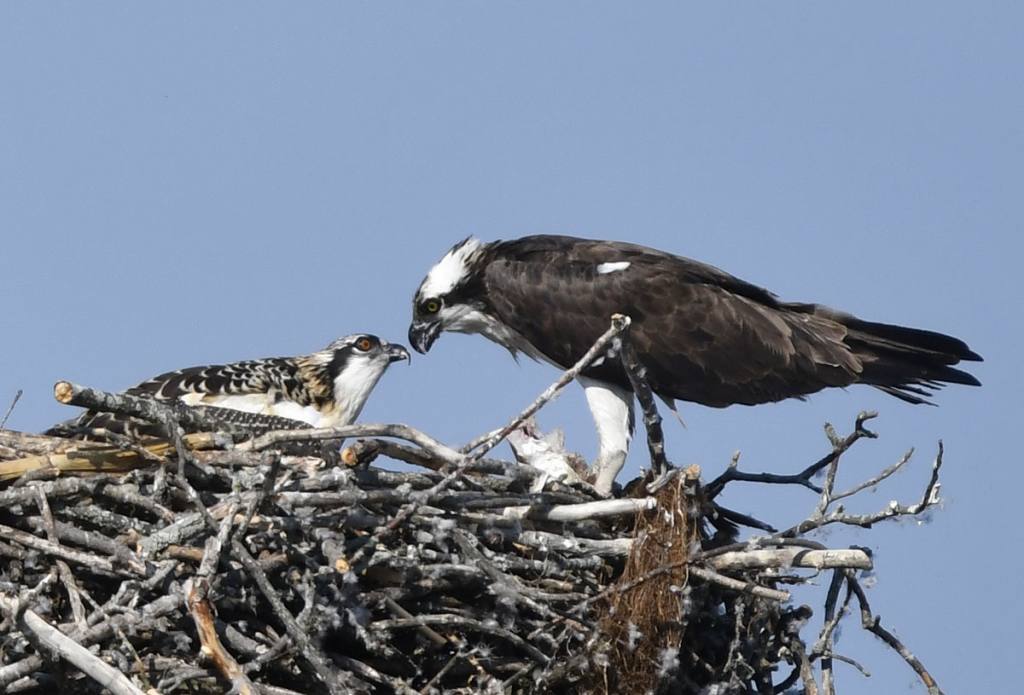 Ospreys nests abound on roads around Cayuga Lake; you can often watch the parents feed the young from your parked car.

In previous years, I spent the month of June photographing the ospreys feeding fish to their young in nest boxes surrounding nearly the entire perimeter of Cayuga Lake. You can’t miss them if you drive along almost any of the roads around Cayuga Lake.

On my rural bicycle rides, I’ve been surprised by the sight of several fox kits (also called cubs and pups according to Google) emerging roadside from the fields. One was drinking from a puddle. It looked small and vulnerable, a bit thin and at risk; I couldn’t tell if mom was nearby or not.

On one bike ride, a fawn, in a field next to a roadside embankment, spotted me and pursued me for about a hundred yards before I stopped. Did it think I was its momma? I waited until it figured out we were not related and then pedaled down the road to see what other surprises the final days of spring might reveal.

When the weather gets hot, water is a lifesaver – and lots of fun, too! Growing up, the nearest and dearest source of cool…