We are all familiar with monarch butterflies that dance on the wind with their spectacular orange and black coloration and make long-distant migrations to Mexico in the autumn. But what you might now know is that there is another butterfly that looks nearly identical to the monarch. Mimicry in nature is not uncommon, especially in the insect world, but why would one creature dress themselves to appear like another?

Monarch butterflies have toxic substances in their bodies that they acquire from eating milkweed, called cardiac glycosides, that make them unpalatable. The viceroy butterfly is not toxic but looks incredibly similar to the monarch. Birds hunt by sight, so any bird that has once tried to take a bite from a monarch will have learned its lesson and be inclined to avoid this look-alike as well. 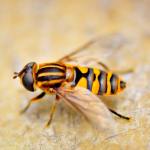 Here in New York, we have two types of flies that mimic bees. Hover flies are pollinating flies of the Syrphid family that resemble yellowjackets. One feature that can help you identify a hover fly from a wasp are the large, flat eyes characteristic of flies. When I see one, it always makes me stop and think, ‘Hmmm, something doesn’t seem quite right,’ then I take a closer look and see the insect looks more like a fly and less like a wasp overall. Hover flies are considered beneficial to agriculture as some species have aphid-eating larva. 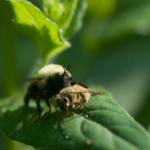 Another type of bee mimicking fly is the bumble bee robber fly, which is a fly that resembles a bumble bee. Robber flies are predatory flies that wait to stealthily ambush and grab their prey. Since bumble bees are not hunters, mimicking one allows this insect to get closer to unsuspecting prey that mistakes the fly as its harmless look-alike. Neither robber nor hover flies have stingers, but robber flies do have biting mouthparts with can impart a painful bite.

A last example of mimicry found in the Finger Lakes Region is a moth that looks like an owl. Polyphemus moths of the giant silk moth family have a large eyespot on their two lower wings when held open. When threatened by a predator, the moth spreads its wings suddenly, giving the impression that the attacker is now being attacked and scaring it away. 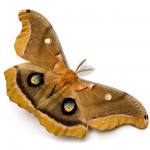 Mimicry has been used by nature to produce the best attempt at survival. None of these tactics is mean to be harmful, rather a method of trying to eat and not be eaten – even if it means faking it a little.

Gabrielle Wheeler is a freelance writer from the heart of the Finger Lakes Region. She also works as a patient navigator/interpreter in a local health center and vlogs about nature with her kids on their YouTube channel, a “Place For Little Sprouts to Grow. “

12/20/2018 By Gabrielle L. Wheeler Times Square. Ball dropping. Toasting with a glass of wine. For most people in the US, this is the…