How would you like a chance to ride one of the biggest elevators in the state of New York? One that’s 300-feet long and 45 feet wide, with doors that can weigh over a quarter-million pounds?

You won’t find elevators like this in New York City, or in the salt mines. Their operators refer to them as “liquid elevators.” They are the locks along the Erie and Cayuga Canals. Locks offer the perfect opportunity for a short getaway or, if you choose wisely, the start of a multi-destination trip within a few miles of the primary lock destination.

To take a liquid elevator ride, all you need is a boat. Almost any boat will do. I suggest a canoe or kayak, especially if you want a little shiver of excitement as the water pours out of a lock at the rate of 300,000 gallons per minute.

Locks entertain. Whether you watch a lock in action from within or from up above, you’ll see an amazingly clever design. Not surprisingly, the roots of modern canal doors can be traced back to the famed 15th-century genius, Leonardo da Vinci. In his day, canal doors were heavy, hard to move, and leaky, so da Vinci invented mitered, swinging doors that used the force of the water to help move them and create a tighter seal.

Equally enjoyable to watch is the gearing system that opens and closes the giant doors on most locks. It’s housed in a concrete cavity next to the lock doors and is exposed for viewing. The different-sized gears spin with a mesmerizing meshing rapidity and transfer power using a rack-and-pinion system.

But the real joy is riding the liquid elevator. Is it more fun to go down or up? Definitely down.

For your first lock, choose one that has a lift (or since we’re going down, a “fall”) of at least 16 feet. As the water floods out and the lower you sink, the dimmer daylight becomes, especially during the fall when the sun is lower on the horizon. Then at the bottom, as you sit rocking in your tiny kayak or canoe, you’re crowded by dank eroded walls covered in dripping slime as creaking sounds echo about you.

But soon the doors open to reveal that first sliver of sky and release a sense of relief. In less than a minute the doors fully open, once again revealing the bright watery highway for you to paddle.

For small-time adventurers like me, it’s all kinda cool. Of course, if you’re an experienced paddler, it’s just an alternative to portaging. But for many, the first few times paddling a lock provides a small, no-risk rush. When the lock begins to drain, it’s easy to conjure up a great scene for an Indiana Jones movie in which an explosion blasts down the doors, rocketing you out atop a tidal wave. Like I said, a small adventure.

A lot. But it takes only a seven-horsepower electric motor to unleash one of Earth’s most powerful forces – gravity. The motor unleashes gravity by opening a valve just inside the gate and on the bottom of each side of the lock. Water surges through a connecting port outside the gates and into a tunnel with seven spaced, window-sized ports running along the bottom of the canal under each sidewalk. The tunnels are large enough for a forklift to drive through.

What’s around the locks

There are 14 locks between Rochester and Syracuse, and you can always find one with additional attractions nearby – often within walking or paddling distance. History sits on the doorstep of the double locks in Seneca Falls, where Elizabeth Cady Stanton’s house, now a national landmark, stands on the same hillside as the locks. From there, you can easily walk or paddle to the Women’s Rights National Historical Park and Women’s Hall of Fame, or visit the Ludivico Sculpture Park. (It’s by the bridge said to have inspired Jimmy Stewart’s bridge scene in the movie “It’s A Wonderful Life.”

A few miles west on Routes 5 & 20, next to the Waterloo lock on Washington Street, you’ll find a Civil War memorial awaiting your inspection. Both are just a quarter-mile away from the National Memorial Day museum on Main Street.

Near the Macedon lock is a butterfly trail and old lock remnants, a mile east down a path on the north side of the O’Neill Road bridge. Next to the lock in Palmyra is an aqueduct, and in the adjoining park is the Aldrich Change Bridge, one of the oldest iron-truss bridges in the country. Palmyra is famous for its four-church corners, and just south on Route 21 are several Mormon historical sites. My favorite feature at the Palmyra lock is the skinny bridge spanning the lock because you can stand on it and watch boats pass under your feet.

One of the canal buildings at the Newark lock offers a little museum, including old turbines. The lock at Baldwinsville is surrounded by shops, restaurants, and parks, and offers additional kayaking on the Seneca River.

The lock operators are invariably friendly, helpful, knowledgeable and enthusiastic about the canal. They are the perfect ambassadors.

I met Tom Martin on weekend duty at Lock 29, Palmyra. His enthusiasm is catching. Just ask any teacher who has heard Tom speak during a student fieldtrip. Over his 15 years working the lock, he’s built a thick notebook of any and all news and memorabilia about the canal. To top it off, he’s a singer-songwriter who has created his own original canal music.

When asked what he likes best about his job, Tom says, “Everything.” When pressed, he enthuses about the people he meets coming through his lock. “You’d think that we’ve known each other for 50 years,” he explains. “They’re that friendly.”

Tom recalls meeting an older man in a large seagoing kayak who was traveling the world by boat. He chose the Erie Canal as part of his journey because his great-grandfather had helped build the canal.

Boaters are also friendly to onlookers on shore, especially the boaters migrating in May and September. Shout out a question and you’ll get an answer – you’ll have about four minutes of potential conversation before the lock fills or empties and the boat moves along. My standard question is, “Where are you from and where are you going?”

Today, Alan from San Bernadino, California, gave me a remarkable answer. He just left his job and was headed to Jamaica to meet his girlfriend. He lacked any significant sailing experience after spontaneously buying the boat in Dunkirk along Lake Erie. Then the gates opened, the conversation ended. Alan, with little but slowly increasing sailing experience, headed off to his girlfriend in Jamaica. 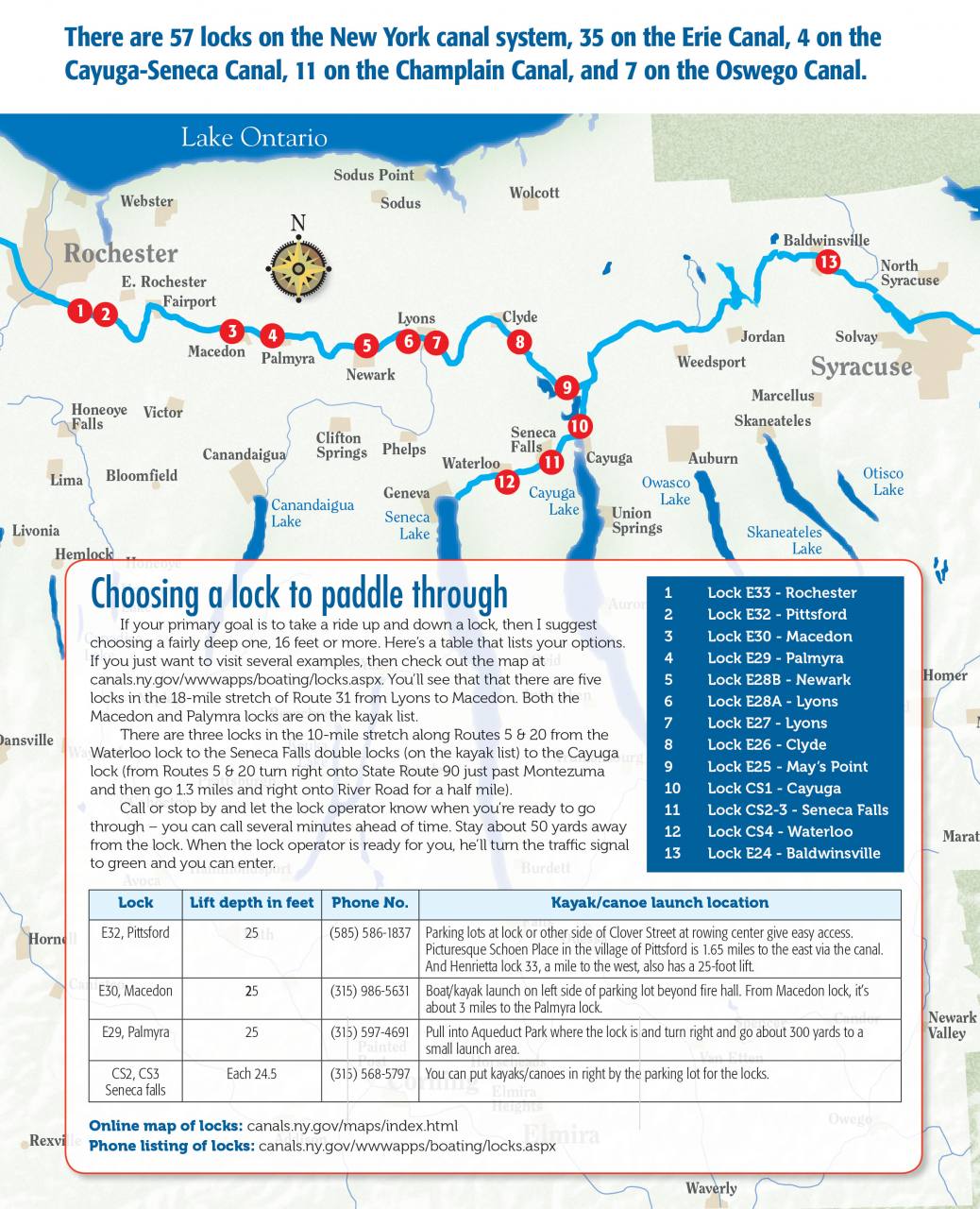