Just wanted to point out to you that there is a mistake in the November/December 2021 issue on page 24. You posted Route 86 not Route 89 (the road on the west shore of Cayuga Lake). Thanks for a great magazine, I live in Northwest Ithaca and enjoy this publication so much. Keep up the good work. 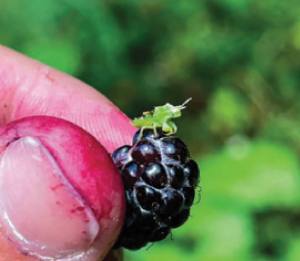 In the scrapbook section of the September/October 2021 issue (page 12), the photo caption from Kayla Parmele refers to the subject as a mantis, but actually it is an ambush bug. Mantises and ambush bugs are only distant relatives and the confusion is very understandable, especially for an apparent nymph like this one.

In any case, Kayla’s photo is excellent! 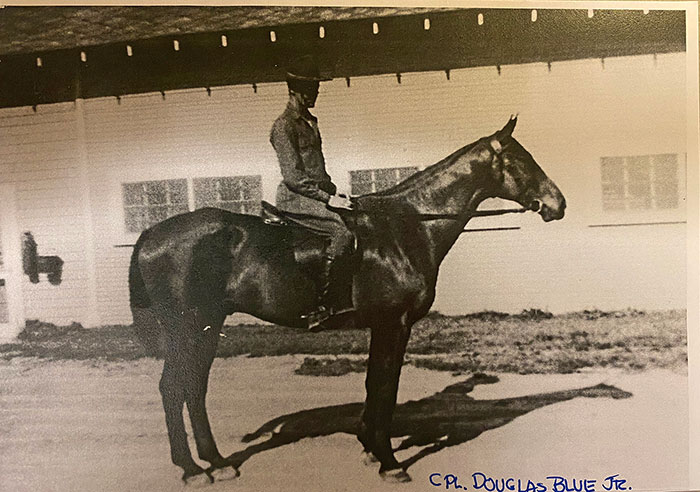 First, I love your magazine and look forward to each issue. However I took note especially of the statement (page 54) in the May/June 2021 issue – that the age of the military horse was rapidly coming to a close. That is probably true as of the past few years mentioned in the article. But an exception is my brother Douglas Blue, who was enlisted in the 124th Mounted Cavalry and stationed at Fort Riley, Kansas, during World War II. Here is a picture of him with his horse Screwdriver. He was stationed overseas in the China/Burma/India area where they did indeed use horses and mules to patrol the are of the Burma Road, when they were refurbishing and guarding it. They used horses, as the terrain was not conducive to vehicles. He also told of an event in India where their unit was invited by the local maharaja to put on an exhibit of the different drills they did on horseback.

When my brother was discharged, so was his horse, who was cited with an award of high achievement for his service by the U.S. government.

03/17/2022 By Laurel Wemett After you read the review of Comfort in the Wings: A Novel Inspired by Love That Will Not Die in…