Two weeks ago, I had occasion to be in Mt. Morris and while I was there, I headed for the flood control dam in Letchworth State Park to look for bald eagles. They often perch on the dam to watch for fish that don’t survive the trip through the turbines. As soon as I arrived I was treated to a courtship flight, which is something that I’ve witnessed only twice before, and I was fortunate to get some nice images. 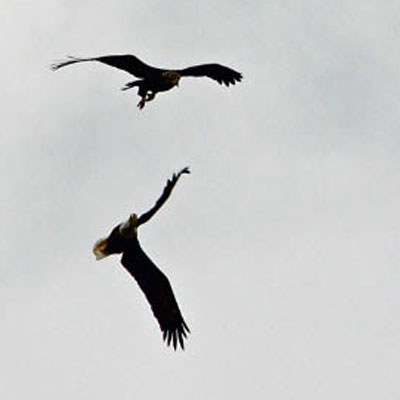 As the birds soared and tumbled through the air, they called to each other in the piercing sharp screech that only a bald eagle can make. It was something to see and hear. This bird is decked out in its full adult plumage.

But the other half of the pair has yet to attain its white head and tail feathers, which will occur when the bird reaches sexual maturity between 4 and 5 years of age. It’s my guess that the transformation will take place after its next molt. 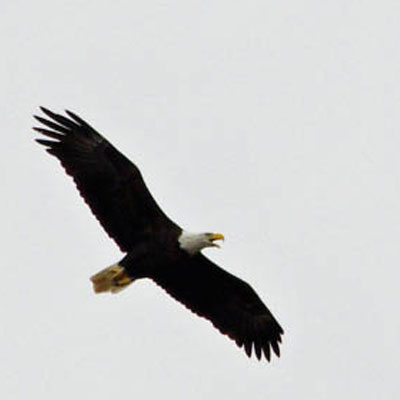 The aerial ballet continued as the birds ascended and descended in elevation, flying in circles that grew ever larger with each pass. Their performance couldn’t have been choreographed any better. 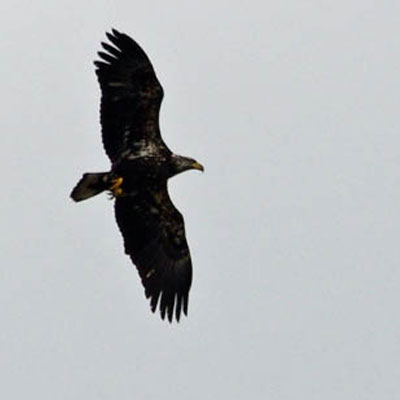 After a while, they dropped down behind some trees and disappeared into the Genesee River gorge. It was the last that I saw of them. This ritual always amazes me, even though it’s the third time I’ve seen it. Because less than 50 years ago, only a single pair of bald eagles inhabited the entire State of New York and now there are hundreds.

How do you improve upon an already much-loved 1880 stone castle on the shores of Seneca Lake? That’s the question the Reeder family pondered…