A pair of killdeer has been nesting in a gravelly spot next to a parking area at the Finger Lakes Museum’s Branchport Campus every spring for the last few years. Even after extensive earthwork there two years ago, the birds continue to return and claim their territory. Killdeer are plovers, which are shorebirds, but are commonly found away from water on golf courses, athletic fields and parking lots. They are named for their call–a sharp, distinctive and repetitive kill-deer, kill-deer. 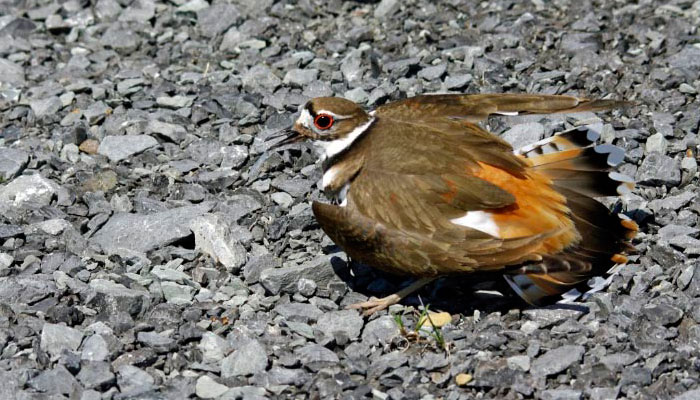 When I arrived at the site last Saturday, I found that the killdeer had returned once again. I could tell that I was close to their nest because a parent came very close to me and pulled the broken wing ruse that the birds characteristically use to lure a predator away from their nest. It is a convincing behavior. 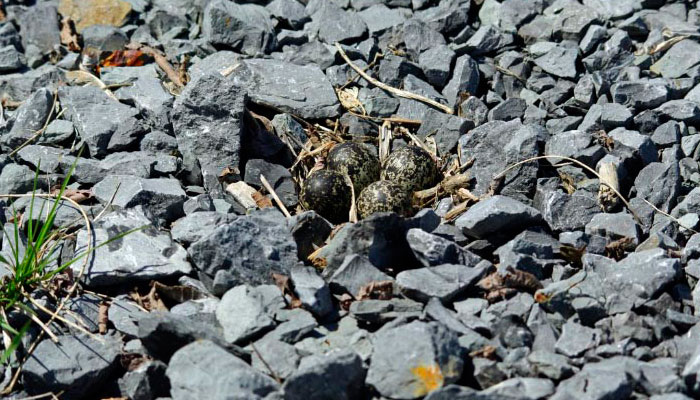 I didn’t spot the nest at first until someone with me pointed it out. The four eggs in a shallow depression, barely lined with dried vegetation, blended in perfectly with their surroundings. I will keep an eye on the site and with any luck, I’ll get to photograph some fuzzball chicks in the weeks ahead.

07/03/2018 story and photos by John Adamski While looking for whitetail fawns to photograph, I encountered this trio of young barred owls perched in…