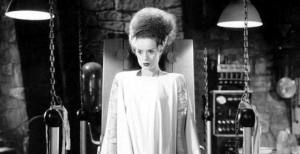 Tully is a town that was built out of salt and ice and agriculture and tourism but the first thing I noticed when I walked into the local historical society’s museum had nothing to do with any of those industries. What caught my eye was a contraption that looked as if it belonged in the Bride of Frankenstein, the 1935 version with Boris Karloff and Elsa Lanchester.

Despite its ominous appearance, the machine is an artifact of the beauty industry; a monument to feminine physical and mental endurance for the sake of appearance. The device is a Permanent Waving Machine circa 1930, and it’s a reminder that beauty parlors have a long history in many small communities as places where changing social tastes and trends were first encountered.

A 1928 U.S. patent for this hair appliance was the first one ever awarded to an African-American woman. Marjorie Stewart Joyner, a Chicago hairdresser and salon owner who went on to be employed as a vice-president for Madame C.J. Walker Beauty Schools, developed the gadget to “straighten curly hair and curl straight hair.” Damp hair was wrapped around rods that dangled at the end of covered wires connected to a dome-shaped gizmo suspended from a rolling metal frame. 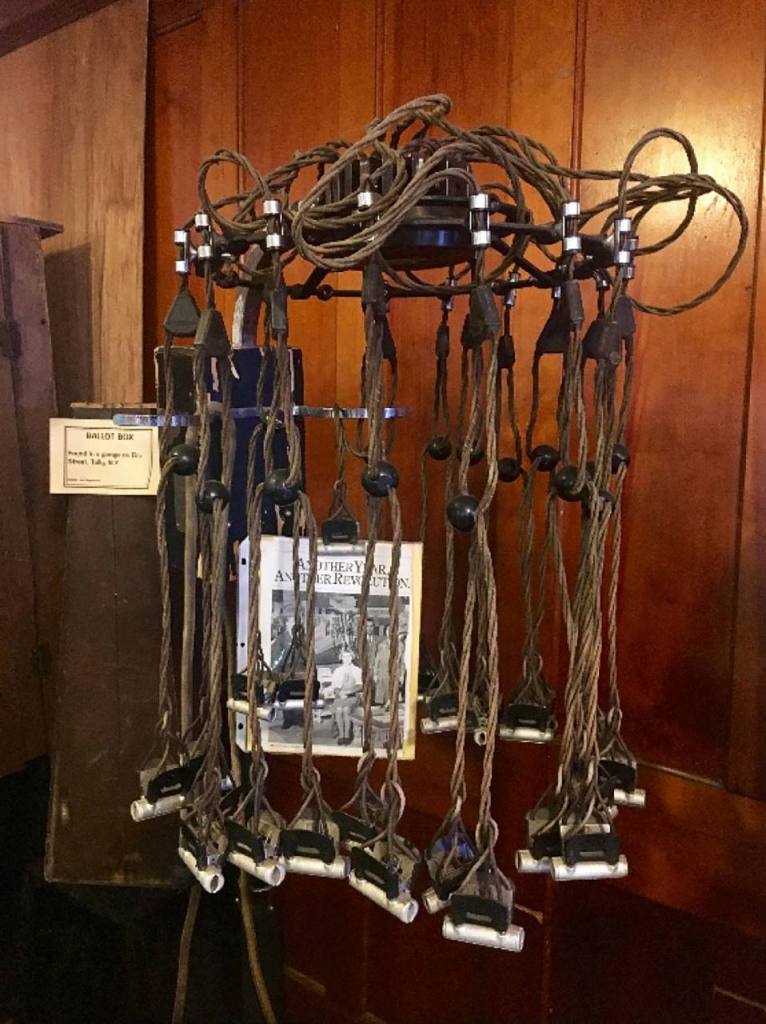 Once the woman’s hair was completely secured, she looked as if her head had been caught in the tentacles of a huge chrome-plated jellyfish. Once the electric current pulsed into the rods, heating them to a temperature of 200 degrees Fahrenheit, it’s likely the intrepid customer also felt like the stinging sea creature had landed on her scalp. As the damp hair steamed dry, it conformed to the round shape of the rod and voila, curls that lasted for longer than a day.

Several sources claim Marjorie Joyner’s waving machine inspiration came from her method of cooking a pot roast. Metal rods thrust into the beef heated in the oven and cooked the meat from the inside out.

Tully’s “Permanent Hair Wave Machine” was donated in 1981 by the late Al Howlett. He was a village trustee and an industrial arts teacher in Fabius. It is 5’7″ tall – the machine, not Mr. Howlett – “with 14 bunches of curler hooks. Has dial and switches in the back along with a timer and is electric,” according to the historical society’s records. As Nancy Porter, a member of the museum’s staff, commented in an email, “Pretty frightening, huh? I could see why it was called ‘Permanent’.” Yeah, it’s an imposing piece of machinery that gives new meaning to the old question, “What price beauty?”

Though the early 20th century hair tool grabbed my attention, the Tully Historical Society’s museum houses a trove of interesting equipment and memorabilia that reflects the town’s roots as an important food, fun, and production center for crucial commodities important to the national economy in the 19th and early 20th centuries.