Walking into a small museum is an act of faith. It falls in the same category as Forrest Gump’s pronouncement about opening a box chocolates – you never know what you’re going to get. At the Suggett House Museum in Cortland, New York, what you get is a “filling” surprises of the best sort.

Originally a thirteen room Italiante-style house erected in 1882 by James Suggett, building of the “handsome dwelling” was reported in the Cortland Democrat, a measure of Mr. Suggett’s standing in the community as a prosperous farmer and businessman. The house remained in the Suggett family until 1963 when it was transferred to the Cortland County Historical Society by John Chester Birdlebough, great grandson of James and his last direct descendant. Today, the historical society’s administrative offices, a gift shop, the Kellogg Memorial Research Center and a museum are housed at the one-time private residence.

Unlike visiting a historical home–where the displayed contents in every room, from hobbies to personal hygiene, are items specific to the lifestyle of the home’s past residents—this museum’s exhibits feature objects donated by hundreds of individuals through the years. The memorabilia’s common thread is that it all has a connection to Cortland County—even if the tie is slightly remote. 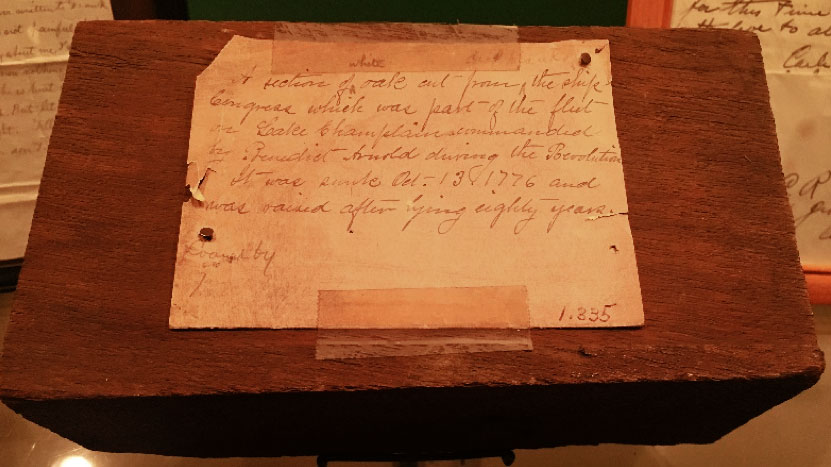 An example of remote is the chunk of white oak that was allegedly salvaged from the deck of the Congress, a 24-gun, row galley ship, under the command of Brigadier General Benedict Arnold. Just a week in service, the newly minted boat served as the ﬂagship at the October 11-13, 1776 Battle of Valcour Island on Lake Champlain. That skirmish would be the first and last taste of war for the Congress. Heavily damaged and about to be overtaken by the enemy at Split Rock, Arnold ordered the craft run aground and burned to prevent seizure by the British.

The plank, donated to the historical society by Mrs. Hyatt, seems an odd display choice for the museum since neither Lake Champlain nor the infamous Gen. Arnold were in proximity to Cortland County. But the Hyatt family were early settlers in the county thanks to Minnah Hyatt, a Revolutionary War veteran who moved to the enclave of Virgil, New York sometime after the war’s end when land grants in wilderness areas were used to compensate veterans and encourage settlement of the frontier. As a museum brochure notes, “While no direct link to the ship and Cortland County can be found the importance of the American Revolution to the settling of Cortland County cannot be over stated.”

A curious side bar, the note taped to the wood states the Congress was “sunk” and then “raised” after 80 years. But sources like the Army Historical Foundation indicate the craft was burned and make no mention of the vessel being “raised.” Hmmm. 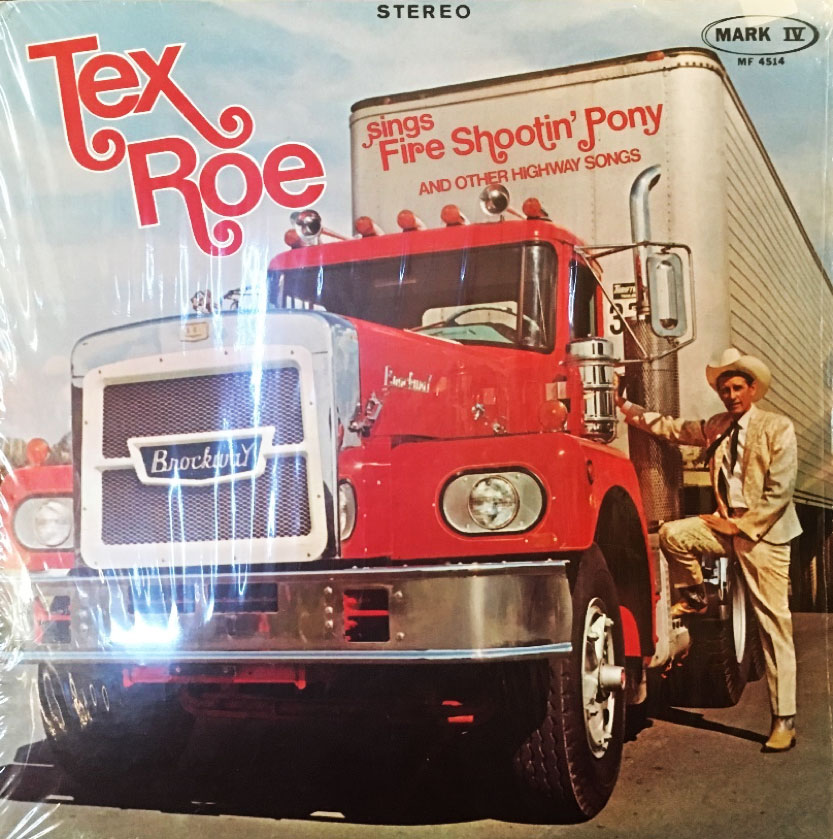 Separated from the Benedict Arnold keepsake by two centuries of time and light years of technology advances, the John Frederick “Tex” Roe (Robarge) album on display at Suggett House is an eye-catching object. Tex was already a well-established singer, songwriter, and music producer when he relocated to Cortland in 1947, a year after his discharge from the U.S. Marines. He soon added radio celebrity to his resume after the popular local station WKRT offered him a weekly spot hosting a country music program. A regular on the country music circuit, Tex did a 13-week gig at the Grand Ole Opry out of Nashville, and music history blogger, Ron Wray, notes the performer hobnobbed with such “country music greats as Buck Owens, Loretta Lynn, Ernest Tubb and The Sons of the Pioneers with Roy Rogers.”

Through his long career, Tex released dozens of 78 and 45 rpm singles but just one album –  “Tex Roe Sings Fire Shootin Pony and Other Highway Songs” (1970) on Mark IV Records. Inspired by living in the same community as the late, great Brockway Motor Company, “Shootin’ Pony” is a compilation of tunes targeted to trucker tastes. The inspired selection of the red Brockway Model K361TL on the front of the album cover was Tex’s idea.

The Constitution’s plank and Tex’s vinyl are merely two examples among dozens of items that got my attention but they’re indicative of the broad collection on display at Cortland County’s Suggett House Museum. It’s a history gem you might have missed that’s not only fun to explore but also provides a richer understanding of the people and events that have shaped culture and form of life in the Finger Lakes.

Many people carry with them a love of cars. Some like watching them race around a track, while others get a custom license plate…