New Collaboration Between Friends of Ganondagan and Rematriation Magazine—Debuts April, 2021

Virtual Festival Free and Open to the Public 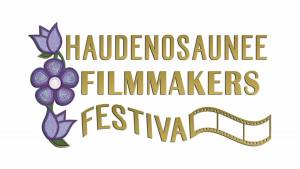 The debut of the Haudenosaunee Filmmakers Festival—a new collaboration between Friends of Ganondagan and Rematriation Magazine—has just been announced by both organizations.

The Haudenosaunee Filmmakers Festival (HFF) serves as the premier showcase and network for filmmakers, writers, directors, producers, and actors all across the Haudenosaunee Confederacy.

The 2021 Festival will take place virtually, from April 19 – April 25, 2021. The public is invited for a week of free, culturally-centered programming dedicated to uplifting and empowering the voices of Haudenosaunee filmmakers.

The festival features seven days of virtual screenings, workshops, panel discussions, and more. Films will be premiered live throughout the week, and ticket holders will have on-demand access to all featured films until May 1. Workshops and panels will be available only during the festival week. Event registration—plus workshop and panel topics—will be announced soon.

Submissions—digital only—are free and will be accepted through Sunday, February 21, 2021 here: https://bit.ly/3pg6nQ8. Email questions or comments to: film-fest@rematriation.com. Emerging or established filmmakers can submit films of any length in five categories:

How the community is coming together to transform the Finger Lakes Museum & Aquarium. After Natalie Payne was appointed executive director of the Finger…