While the Finger Lakes Tourism Alliance (FLTA) cannot match the glacial age of the region’s famed lakes, the organization has been promoting the 14-county area for a century now. Over the years, it has helped attract an ever-increasing number of visitors here to enjoy the scenic beauty, world-class wineries, and numerous tourist attractions.

The group formed in Auburn in 1919 through the local Chamber of Commerce. Fifty years later, it relocated to Penn Yan overlooking Keuka Lake. The original mission of the non-profit 501(c)(6) organization was to promote the Finger Lakes through cooperative marketing and better signage. Back then, one of its biggest concerns was whether local service stations could handle the needs of the many “horseless carriages” they hoped would come.

Its mission for the 21st century has not changed much, although it’s making sure there are plenty of electric charging stations for today’s high-tech vehicles, notes Cindy Kimble, FLTA president. She has steered the organization since 2007.

FLTA’s membership exceeds 675 private-sector attractions, tourism-related businesses, and county tourism offices within the 9,000 square-mile Finger Lakes region. “When you have a strong organization, people want to be a part of it,” says Gene Pierce, owner of Château Lafayette Reneau in Hector, and Glenora Winery, inn and restaurant on Route 14 in Dundee. He has been an FLTA member since the early 1970s, and served several times as county representative to the board and as board chair. Gene is currently treasurer.

The Canandaigua Chamber of Commerce has been an FLTA member since the beginning. “Like old friends, long-term relationships between the chamber and FLTA are what a real community is made of,” says Ethan Fogg, the chamber’s executive director. “It’s part of what it can offer newcomers: a sense of true sustainability regardless of the influences of individual personalities, cultural fads or market fluctuations.”

Paul Curcillo, who owns CK Cellars with his wife Stephanie King, praises the tourism group’s strong foundation and guiding principles. The two are surgeons in their native Philadelphia; they came to the Finger Lakes on vacation and fell in love with the area. Every other week they drive here from Philly. The couple took up wine making as a hobby in 2000 and it gradually became an obsession.

CK Cellars was named New York’s Winery of the Year at the New York Wine & Food Classic competition in 2017. In 2018, it acquired Rooster Hill Vineyards, 5 miles south of Penn Yan, where current renovations include adding an event center.

A current statistical trend in the Finger Lakes is an increase in hotel rooms and occupancy in the last 12 to 18 months, according to Cindy Kimble. “The visitors are coming, and they have a strong interest in agritourism, wineries, and the farm-to-table movement.”

She’s “beyond ecstatic” over the news that the National Park Service will conduct a feasibility study of the 14-county region. It’s the first step toward designating the Finger Lakes Region a National Heritage Area (NHA), which has huge benefits. NHAs leverage federal funds to create jobs, generate revenue for local governments, and sustain local communities through revitalization and heritage tourism.

“It comes as no surprise to me or anyone who visits this beautiful part of our state that the Finger Lakes Region deserves to go through this process” says Kimble. 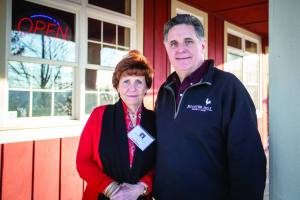 Paul Curcillo of CK Cellars, the presenting sponsor of the 100thAnniversary Gala, referred to the Finger Lakes Tourism Alliance as a premier destination marketing organization in the region. “The CK Cellars team and I are thrilled to be an integral part of this historic celebration.” 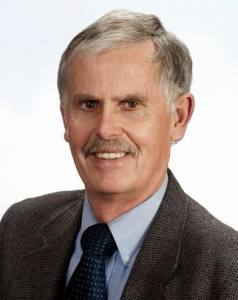 Gene Pierce, Owner of Glenora Wine Cellars and Knapp Winery was recognized for his years of service, dedication and support of tourism marketing efforts in the Finger Lakes Region.  The 2019 Finger Lakes Tourism Alliance Scholarship to be awarded from the net proceeds of the gala will be given in honor of Gene Pierce in recognition for this award.

Chairperson, FLTA Board of Directors, Joe Gober presented the 100 Years of Partnership Awardto the Canandaigua Chamber of Commerce. The chamber was one of the founding entities to join the Finger Lakes Tourism Alliance (then known as the Finger Lakes Association) in 1919 and is still a partner today.

Ethan Fogg, the Executive Director of the Canandaigua Chamber, accepted the award.

Cindy Kimble and Joe Gober were presented with proclamations commemorating the100th Anniversary of the Finger Lakes Tourism Alliance from the U.S. House of Representatives, the New York State Senate, and the New York State Assembly.

08/05/2021 The renowned Middlesex-based craft community will host the the show, titled ‘From Apprentice to Mentor: A study of Influences, Traditions, and Expressions.’ It…