The fifth edition of Bluff & Vine is now available at Long’s Cards and Books in Penn Yan and online at Amazon.  An annual collection of original prose and poetry from amateur and published writers alike, Bluff & Vine strives to capture the unique history and feeling of the Finger Lakes. This year, it’s the most expansive issue yet.

“We received so many great submissions this year, we had to decide — did we want to save some for next year, or make the issue longer?” recalls founding editor Bethany Snyder. “We’re thrilled to be putting out our biggest issue yet.”

The magazine is a labor of love for Snyder and her fellow founding editor Alex Andrasik.

“Putting together each issue is always such a rewarding experience,” Andrasik says. “We both work full time and have a variety of other roles in the community, but we take time to put a lot of care into selecting pieces and laying them out. It’s honestly a joy.”

Andrasik, a librarian, and Snyder, a learning experience designer, conceived of Bluff & Vine a half decade ago after discovering their shared interest in creative writing. After first founding Keuka Writes, which offers workshops and writing prompt programming, they decided to fulfill a mutual dream of establishing a literary magazine. 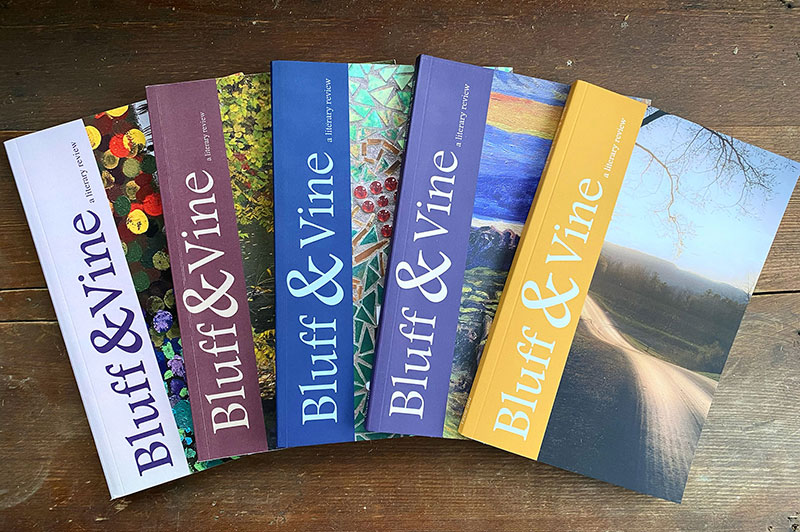 “We realized there was literally nothing stopping us,” Andrasik says. “We didn’t need to wait for an invitation from anyone, so we made it happen.”

Bluff & Vine has evolved significantly since its first appearance. Initially only accepting prose focused on Keuka Lake, Snyder and Andrasik subsequently moved to accept poetry, and last year expanded the magazine’s scope to encompass the entirety of the Finger Lakes. Along the way, the editors have welcomed a wide array of local writers to their pages.

Snyder and Andrasik invite the public to join a selection of this issue’s contributors for a virtual reception on January 18 at 7 p.m. To register, visit https://bit.ly/bluffvine5.  In addition, submissions for the next issue are being accepted on a rolling basis, so the editors encourage you to send your work to bluffandvine@gmail.com for consideration.

Well, even if the weather can’t make up its mind, I certainly know what I will be bringing to my first picnic once the…