If you want to photograph bucks on the move during the day, the next two weeks will be your best bet because of the whitetail deer mating season, known as “the rut.”  Pick up your camera, and slip as quietly through the woods as you can.  Find a place to sit for a while.  If the leaves are dry, you’ll hear your buck coming long before you see him. 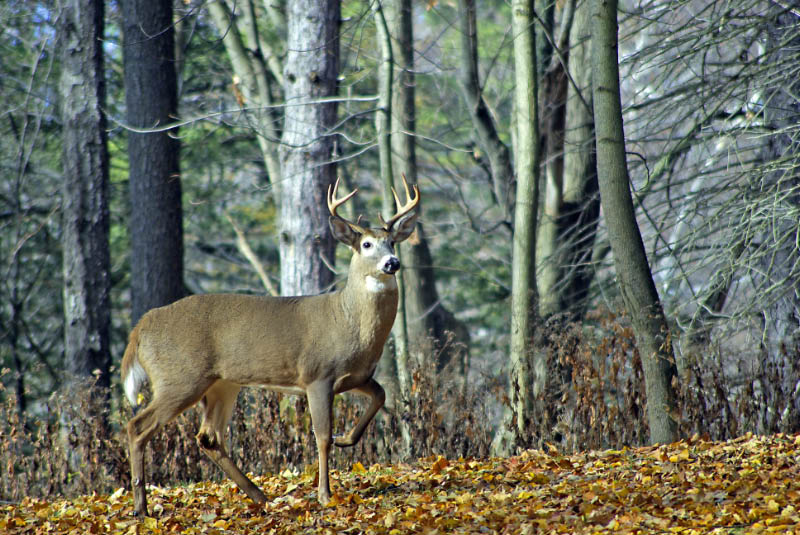 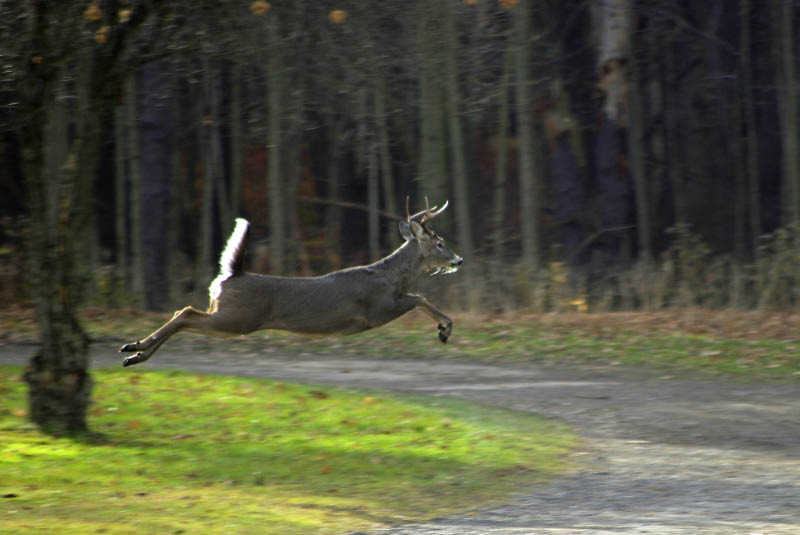 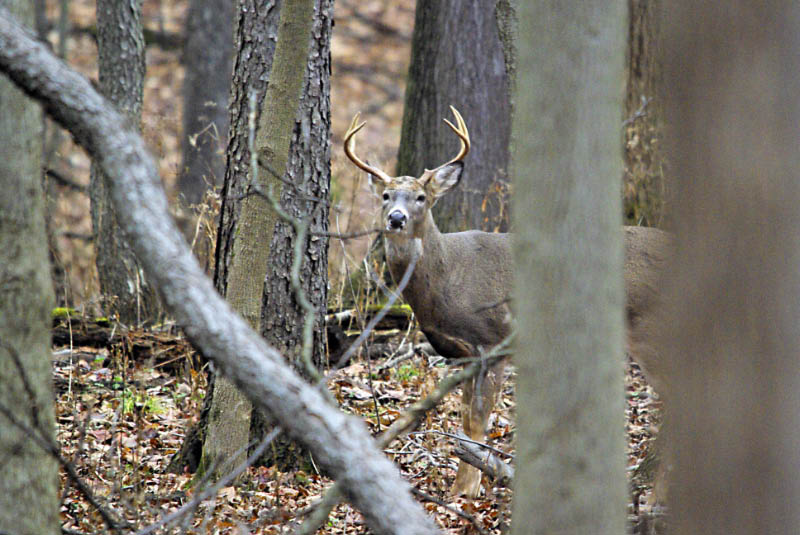 A doe’s estrus cycle lasts for less than 36 hours and that is the only time that she will be receptive to a buck. But even before the period of estrus begins, anxious bucks – and especially youngsters like this teenager – will pester and pursue a doe in the hope that she will soon be ready. That is, until a dominant buck steps in to take over. 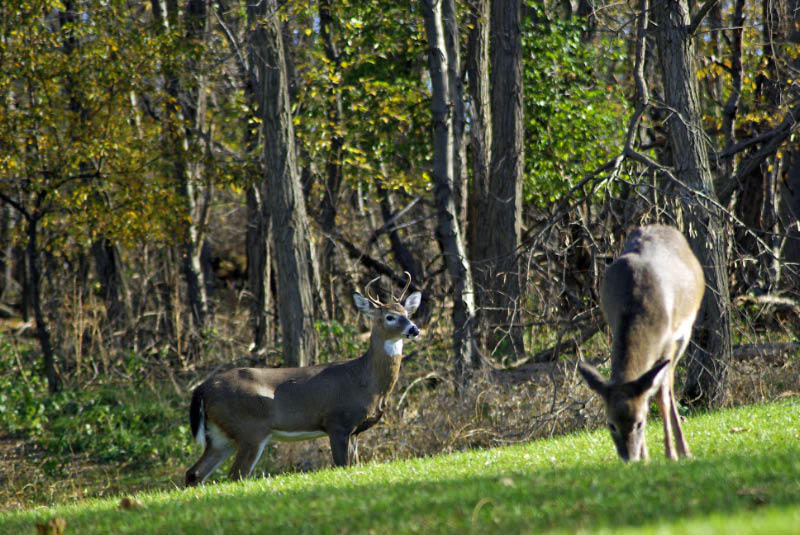 This phase of the rut is known as the “chase phase,” and it occurs for a week or so before breeding begins. In the image below, a young buck is in hot pursuit of a doe who wants nothing to do with him.  He was so preoccupied that he was oblivious to my presence, which enabled me to capture this image. 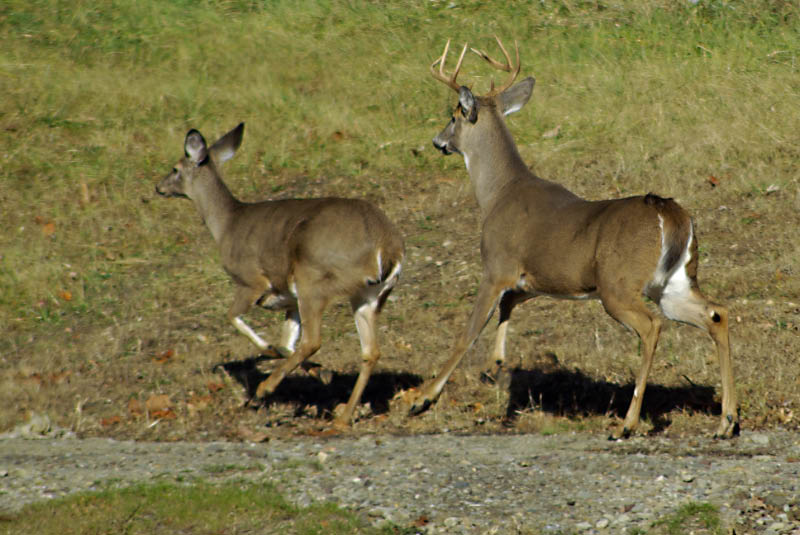 I returned to the woods early the next morning and with the correct exposure settings, I photographed this handsome 8-point buck on the move before the sun was up. He glanced my way and then continued on his way, paying no further attention to me. The rut does that to bucks. His mind was on other things. 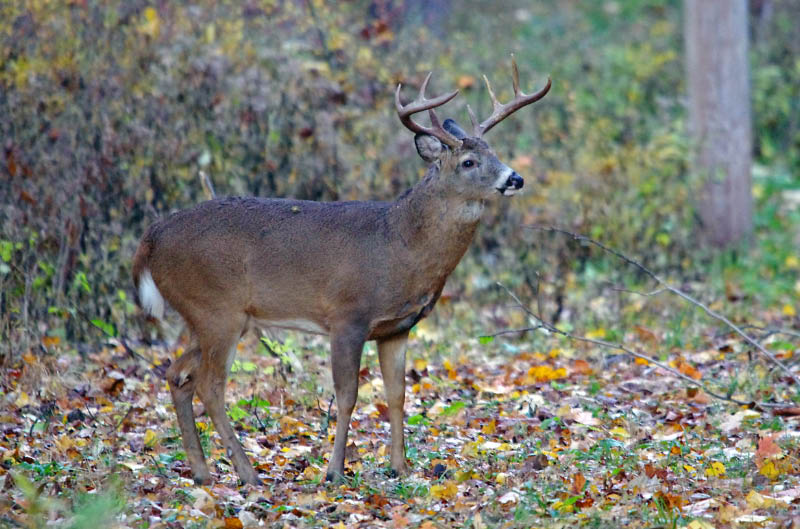 Just as the sun was coming up, I caught a glimpse of another buck slipping through the woods.  I could tell that he had an impressive rack but I wasn’t able to count the points.  When I downloaded the image, I could see that he had six on his right side.  I would have liked to get a better look at him. 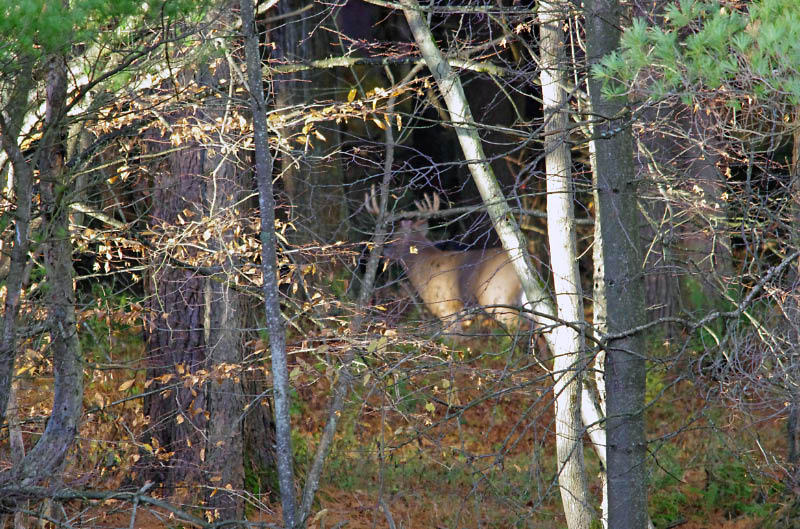 Across land once tamed and cultivated by the great Iroquois Confederacy, a wild and woolly event now courses each September – the Highlander. Part…