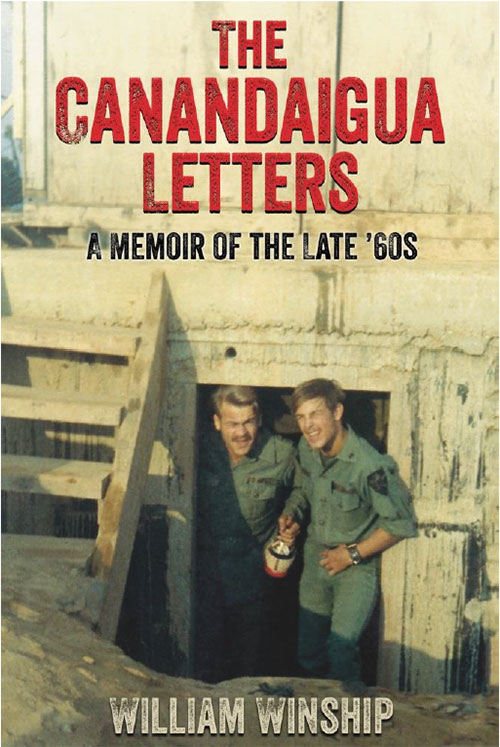 In the early weeks of 1968, North Korean leader Kim Il Sung gazed down across Chinese mainland and—observing half a million U.S. ground troops mired in Vietnam—decided that the moment had arrived to sweep the Americans off the Korean peninsula. The Pentagon countered by deploying a handful of infantry battalions from the U.S. Army’s Second Division along an eighteen-mile stretch of the Demilitarized Zone, fronting North Korea’s traditional invasion corridor. What followed was a war that erupted along the Korean DMZ, which waxed and waned over the course of three years—and so successfully did the Pentagon suppress all reports of this conflict that the story is still unknown today.

The Canandaigua Letters provides a stunningly vivid account of the final year of this military conflict, documented by an EMMY-nominated director and multi-award-winning writer, who looks back half a century to the moment he flunked out of college as a beleaguered sophomore, was yanked from the sanctuary of a Midwestern liberal arts school, and drafted into the U.S. Army.

“The most comprehensive and compelling account of the military journey in the Vietnam era—and the bonds that soldiers forged along that path. An astonishing feat of memory.”

The title of this memoir was prompted by the discovery of a tightly rubber-banded cache of letters written half a century ago—correspondence penned from various U.S. Army posts and later from the DMZ where the author spent his 19th and 20th years—addressed to his family in Canandaigua. The project was brought to fruition by two former classmates from Canandaigua Academy’s Class of 1967: William Winship, author (Seattle, WA); and Craig Hattersley, publisher (Austin, TX).

Far more than simply a military memoir, The Canandaigua Letters frames a classic coming-of-age story—set against the backdrop of Canandaigua, New York in the late ‘60s, amid the ferment of war protests and the emergence of the counter-culture that defined the Vietnam years. Archival photos of Canandaigua from the 1960s were provided by the Ontario County Historical Society, who became an active partner in bringing this book to light. (Copies of the book are available at Amazon Books.)

Visit https://www.ochs.org/ for more information about the historical society.

01/23/2020 A variety of traditional indoor and outdoor cultural activities make a full day on Feb. 22 For its 17th annual Native American Winter…