A week ago Taughannock Falls was almost bone dry. That was a sight to see and why I stopped by. I saw that and more. Although the lower creek bed was like a roadway, above the falls it held a thin sheet of water that became a playground for frolicking.

Of course, hanging out at the brink is a major no-no. And it’s quite dangerous to scramble down there. But that didn’t stop this group. 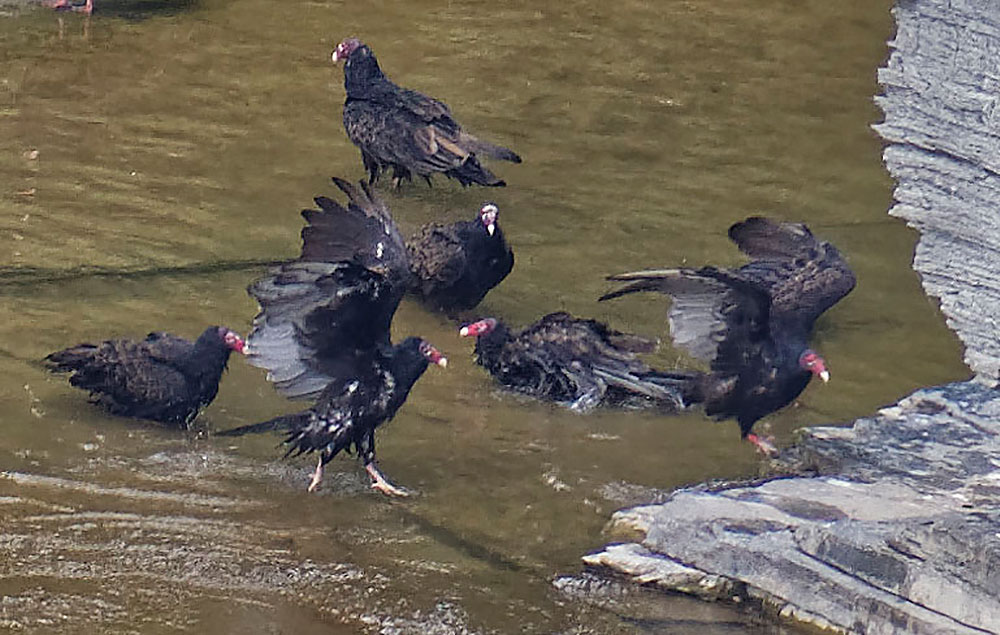 No, it wasn’t who you’re thinking of. But it was a surprise. You could barely see them from the visitor center overview; however, they were clearly visible from the lookout on the north rim trail, although binoculars still would’ve been helpful to gather evidence of their activities.

Who were they and why were they partying at the brink? They were turkey vultures. And maybe turkey vultures don’t actually party, but it seemed like they were and why not? Thirty to forty of them seemed to be having a good time, hopping about using their comical two-footed, potato sack bounce. They came from the sky above the rim, gliding in and then spreading their six-foot wide wings for an air-brake landing, sometimes right at the edge of the brink. Soon they were jockeying for position to get in the water.

Soaring turkey vultures are a common summer sight at Taughannock Falls. But for me, seeing a large group at the nearly dry creekbed was a new sight.

What were they doing? I watched them for half an hour through my telephoto lens. One thing they were doing was bathing. They’d hop to the water, spread out their wings and then lie almost flat in the shallow water. Maybe they were cooling down. It was a hot day, especially for anybody dressed in black. But I expect the cleansing aspect was even more important than the cooling one. Eventually they’d stand up and do their version of a doggy shake before hopping to shore to dry off. 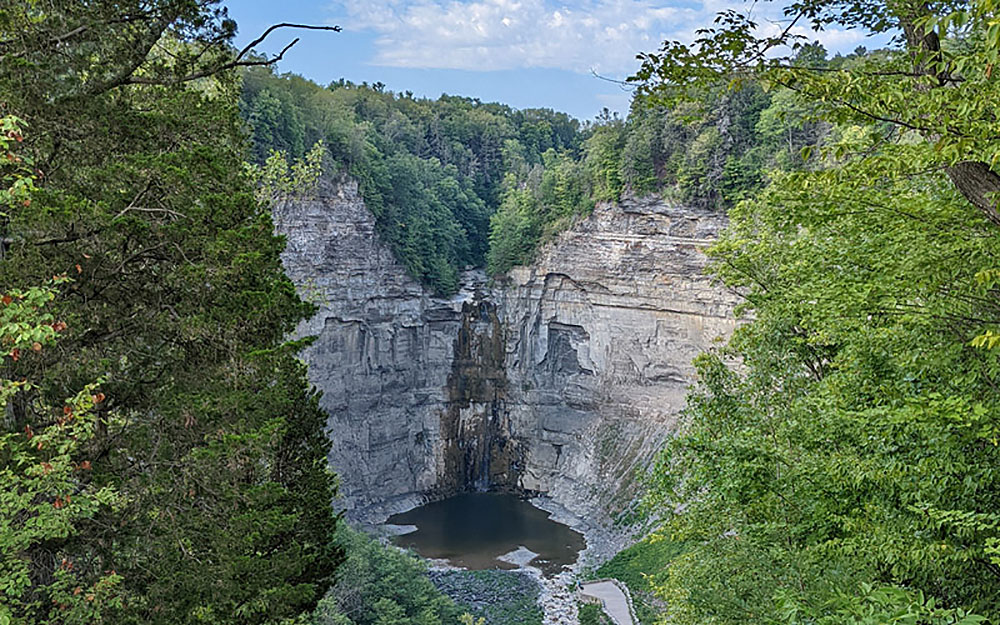 I couldn’t be sure but some also seemed to get a drink. Less clear was whether the dry weather had led to a concentration of snacks in the almost still, shallow water. Turkey vultures normally eat carcasses but they also will gobble down assorted insects, water creatures, and worms if the opportunity arises.

The turkey vulture party was an unexpected bonus but the main attraction of seeing a Taughannock No-Falls was equally memorable.