Twenty-nine of the very best freestyle skiers from 425 ski areas in the United States have earned a spot on the 2018 U.S. Ski & Snowboard Team. Six of this group of elite athletes learned to ski and got their start at Bristol Mountain in Canandaigua. The “Bristol Mountain Super Six” as they are referred to, grew up in the greater Rochester area. This community can be proud to have produced so many talented skiers who are successfully competing for our region and country throughout the world. The goal of these athletes is to represent Team USA at the 2018 Olympic Winter Games in Pyeong Chang, South Korea!

So how is it possible that a family-owned ski area in Upstate New York produced six freestyle skiers at the most elite level of the sport? The region is known for its high-profile corporations (Kodak, Xerox, Bausch & Lomb), wineries, lakes, state parks and adventure attractions. It is not famous for consistently producing world-class-caliber skiing athletes. That’s why the story of these athletes, and the program that helped them find their passion, is one that should be told.

A disciplined program, Lake Placid, and the secret sauce

Freestyle skiing has been part of Bristol Mountain in an organized fashion since the early 1990s. In 2000, when the nearby slopes of private Ski Valley closed, its established freestyle program merged with Bristol Mountain’s. The influx of the Ski Valley team created a slight change in direction at Bristol. A more coordinated and disciplined program evolved that followed the guidelines of the United States Ski and Snowboard Association, including how coaches were trained and how events were run. A path forward was established for participating athletes to progress in the sport.

Another important element was the relatively close proximity of the Olympic Jumping Complex in Lake Placid. Bristol coaches achieved the necessary certifications to allow them to run camps there and invite their athletes to attend for off-season training. Their camps were an instant success. The majority of all freestyle athletes have participated at one time or another, some for weeks at a time. The intense training proved invaluable.

The single constant or “secret sauce” at Bristol Mountain for the past 17 years has been Freestyle Coach John Kroetz – “Coach Johnny” to his athletes. He is much more than a coach to these kids. You can see the adoration in their eyes when freestyle athletes are training with him and competing on the snow, or landing water jumps at Ramp Camp in Lake Placid.

The freestyle parent group is a close-knit community. They rely on Coach Johnny just as much as the athletes. He often joins them at their homes to watch his “kids” compete on TV at an international competition.

It takes a small village to develop an elite-level athlete. The programs at Bristol, including School Snowsports Clubs, Brigades (multi-week programs for kids age 5 to 17) and the freestyle team helped to create a solid skiing foundation for the Super Six. At Bristol, the athletes also discovered what they really enjoyed most and pursued those specific disciplines. The world class training facilities at Lake Placid, and the inspiration and encouragement of the other U.S. team athletes from Bristol Mountain, helped build confidence. The way was paved for other athletes to follow them onto the team.

Coming up, Coach Kroetz is working with a new generation of freestyle athletes at Bristol Mountain who share the same goal of the Super Six – to join the U.S. Ski & Snowboard Freestyle Team. They hope to eventually win gold medals competing at future Winter Olympic games. When they do, a very proud Coach Johnny will be rooting them on with a big smile on his face. 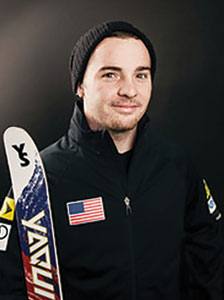 Jon Lillis was the very first Bristol freestyle athlete to land a spot on the U.S. Ski Team (Freestyle) in 2011, after he graduated from the Elite Aerial Development program (EADP) and was named to the U.S. Aerial Ski Team. His mother Jamie rented a small house each summer and hosted not only her three boys but also countless other athletes. Jon’s rise to the team was a story of hard work, perseverance, and a level of determination that very few possess.
He was encouraged by the Bristol race team to try freestyle when the race coaches had some difficulty keeping him focused on training gates. He would ski all terrain in all types of conditions and jump anything he could get his skis near. Freestyle suited him well and today he is the Aerials Champion of the World! 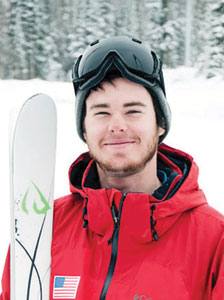 In 2012, Dylan Walczyk won the NorAm Grand Prix and earned a spot on the U.S. Mogul Ski Team. The International Ski Federation NorAm tour is just one level of competition below World Cup. It includes skiers from Canada and the U.S, and from Australia and Japan. As an 8-year-old, Dylan participated in the fun Bristol Mountain Bump, a mogul competition. He enjoyed the experience so much that he joined the team the following season. When he was 14, he moved with his mother to Colorado and continued his training with a great coach named John Dowling. 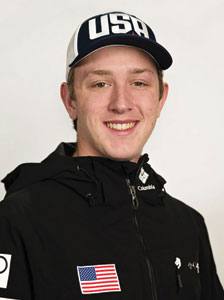 In 2014, Harrison Smith won the NorAm Grand Prix for Aerials and earned a spot on the U.S. Aerial Team. Harrison enjoyed skiing moguls and “slopestyle” (an obstacle course), but jumping and working out on trampolines was what he loved best. He spent his summers in Lake Placid and winters in Bristol with the team until he joined the EADP team when he was 14. 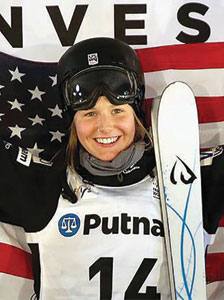 Also in 2014, Morgan Schild won the NorAm Grand Prix for Moguls and earned a spot on the U.S. Mogul Team. Her parents signed her up to ski freestyle when she was only 8 years old – they figured that if she was in the moguls, she would have to slow down and make more turns. She was in the Bristol program until she was 15, and then moved to Colorado to train with John Dowling. With a career three World Cup podiums, she still skis faster down the moguls than most people do on flat terrain. 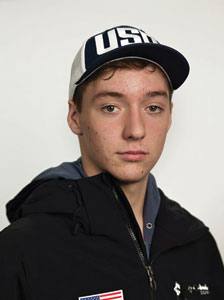 Chris Lillis, who started skiing freestyle when he was only 7 years old, followed his brother Jon into the Bristol program. He has always looked up to and tried to emulate his brother, so when he was 14, he went to the EADP team, too. Chris was a really good mogul skier and enjoyed slopestyle as well. In 2015, when he was 17, he burst onto the international scene by winning his first World Cup, the youngest male freestyle aerials athlete to do so. The victory vaulted him from the EADP team directly onto the A team of the U.S. Ski Team. 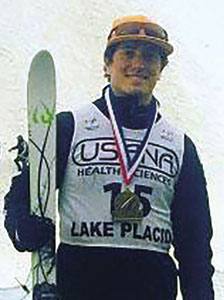 Patrick O’Flynn grew up skiing in the same Wee Ski Brigade class at Bristol Mountain as Chris and Morgan. He, too, joined the Bristol freestyle program at a young age, and trained very hard in moguls – he loved to ski through them as fast as he could. Aerials, though, turned out to be a better fit with his skiing style. He actually excelled when his speed was more controlled and consistent, and he became an excellent jumper. Patrick went from the Bristol team to the EADP program, and in 2017 was named to the U.S. Aerial Ski Team.

Life in the Finger Lakes magazine would like to thank U.S. Ski & Snowboard Freestyle Public Relations Manager Caitlin Furin for us to use photos from their official website.

We would also like to thank Coach John Kroetz for his contribution to this article.

Communities of every size and sort spread across the Finger Lakes terrain, many snuggled into a lakeside nook or lodged on a sloping hillside…