“Reflection” is one of those double-meaning words that philosophers, poets, “deep thinkers of the NFL, and song writers love to chew on and spit out when they feel they’ve achieved an insight.

But it’s the more common meaning of a mirroring effect that makes it a favorite of photographers and painters, and especially autumn sightseers. So for a minute or two I hope to avoid the deep-meaning aspects of “reflect.” Instead I’ll let you ruminate on the meaning of seasonal change while I simply try to entertain you with a few reflection photos I and my friend Gary Whelpley created this week.

Some of you may have glanced at the bicycle (and walking) trail article in the printed copy of the September/October issue that included the Turning Point trail along the Genesee River in Rochester. Well, the color there is now at peak and it’s especially fabulous along the winding boardwalk. There, a heron has been fishing daily in the orange-tinted shallows while nearby swans have proven the maxim that three is a crowd. One swan is an intruder; the other two are an item. The item pair have incessantly chased the intruder and put him to flight, often noisily flapping right over the heads of those on the boardwalk. 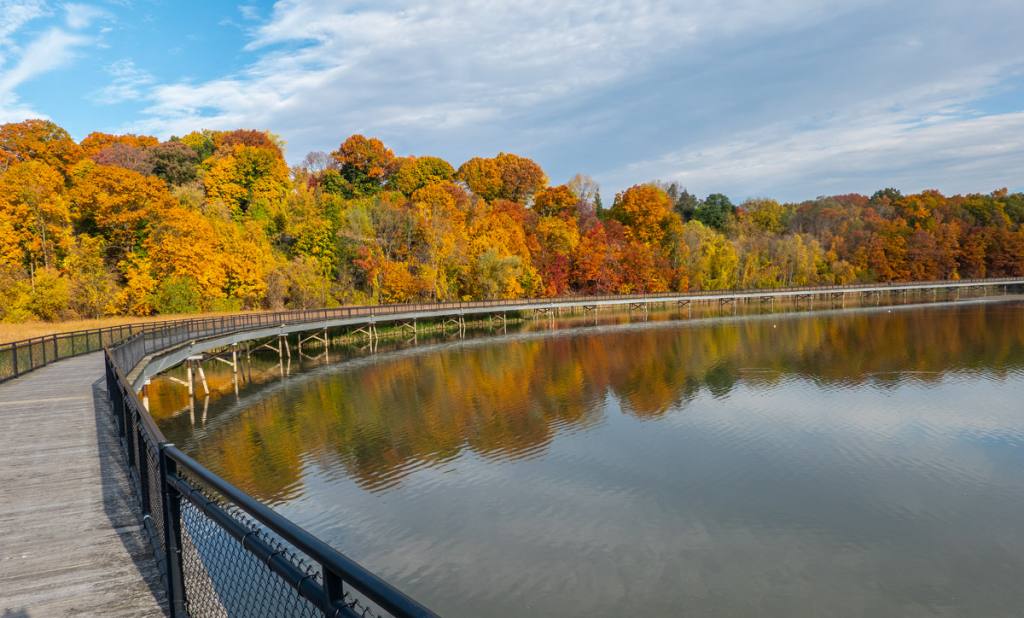 In Naples, the shallow creek of Grimes Glen pauses in many pools to reflect a shimmering dreamscape of the steep hillside trees. Toss a pebble into a pool like Gary did and you’ll get a series of rippling circles that warp the reflected tree trunks like a funhouse mirror. And don’t forget about the almost dry limestone creekbed of Taughannock Falls. After a rain, small sections look like a molten lava pond as its many small craters and niches turn into foliage reflecting puddles. 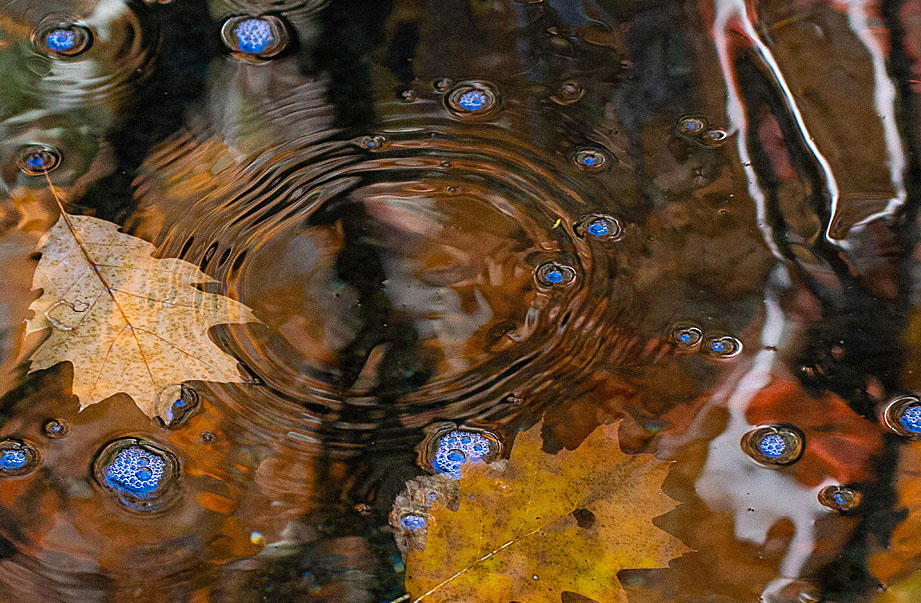 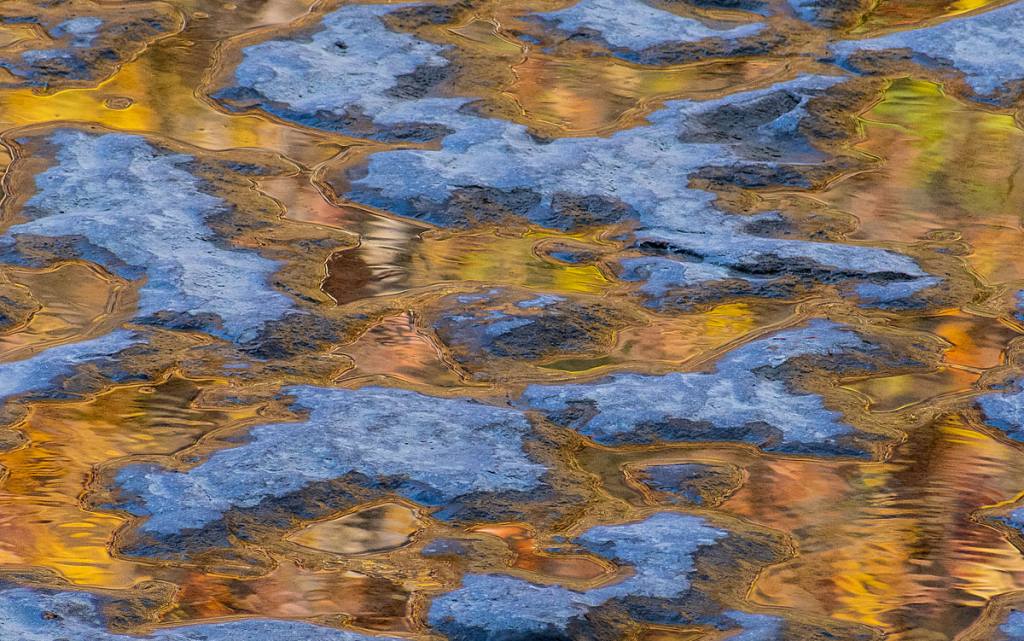 And the Erie Canal may be closed to pleasure boaters but rowers, kayakers, and paddle boarders have flocked to take advantage of the last splash of warm weather. As rowers pass by, the maples heave their buckets of red paint at them, creating aquatic abstracts when stroking oars ripple the red reflections.

Already much of the Finger Lakes south of Rt. 5/20 have given up their color and many of their leaves. But if you head out this weekend and explore north of Rt. 31 where the warming effect of Lake Ontario reaches, you may still find some peak leaf color reflecting off the ponds, creeks, and canal.

And if you don’t, you’ll have months of lingering darkness ahead to sink into your personal reflections.

12/20/2018 Start with a First Day Hike on January 1 Winter is here so let your outdoor fun begin at Letchworth State Park. A…