The New York State Equal Rights Heritage Center and the City of Auburn Historic and Cultural Sites Commission and partners are planning a bicentennial celebration to commemorate the 200 th anniversary of Harriet Tubman’s birth in 2022.

The seven-month celebration will begin in March on Harriet Tubman Day, and continue throughout International Underground Railroad Month in September 2022, with programming and events in Cayuga County and beyond focused on uncovering Tubman’s inspirational life and legacy.

The Heritage Center and Commission partnered with creative and technology firm, and certified B Corp, TGW Studio of Rochester, New York, to create a special logo to mark the bicentennial occasion. Additionally, a website has been developed to attract and welcome visitors to the area, and to provide updated information on the celebration’s events.

While a wealth of details has been recorded about the day Tubman died on March 10, 1913, in Auburn, NY, comparatively little is known about the day she was born into slavery in Maryland. Based on available historical research, it is speculated that her birth year is about 1822. The bicentennial of Tubman’s birth presents the unique opportunity to shine a bright light on the famed abolitionist, Civil War spy, and suffragist in the place she called home.

“Auburn has had a remarkable role in American history, and we are excited to invite everyone here to learn more about the life of Harriet Tubman, why she settled here, and the 50 years she lived here. The City of Auburn is proud to support the Tubman Bicentennial and encourage all to make plans to visit us in 2022 as we celebrate and share her story.” —Michael D. Quill, Mayor

Tubman is the only woman to have two national parks dedicated in her honor, and the celebration aligns with the five-year anniversary of the Harriet Tubman Underground Railroad National Historical Park Visitor Center in Maryland, making it a collective commemoration between Tubman’s birth and resting places. For more information on the Harriet Tubman Bicentennial and future event announcements as details are finalized, visit harriettubman200.com. Join the celebration using the hashtag #HarrietTubman200.

Featured Events and Activities Celebrating the Tubman Bicentennial Include… 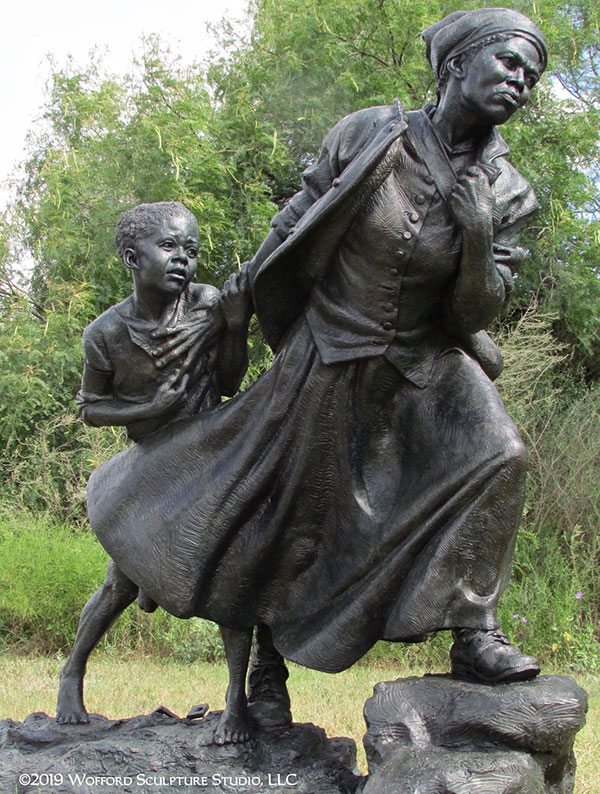 Hosted by the City of Auburn and the Harriet Tubman National Historical Park, this special ceremony at the NYS Equal Rights Heritage Center will officially celebrate the bicentennial with cards, cake, special speakers, walking tours, and other activities; free to the public, ceremony livestreamed.

In addition to funding from the Community Foundation, and partnership with the Harriet Tubman National Historical Park, support for this project is provided by the City of Auburn’s American Rescue Plan Act allocation. The American Rescue Plan Act of 2021 or ARPA, is a $1.9 trillion federal economic stimulus bill signed into law by President Joe Biden on March 11, 2021, to speed up recovery from the economic effects of the COVID-19 pandemic. Due to the leadership of Senate Majority Leader Chuck Schumer and Senator Kirsten Gillibrand, ARPA included economic aid to localities such as the City of Auburn. Mayor Quill and members of City Council have allocated City of Auburn ARPA funds to support the Harriet Tubman Bicentennial project with a goal of boosting the  recovery from the pandemic for the tourism, travel, and hospitality industry.

The Bicentennial Celebration is also supported by a Market New York grant from I LOVE NY/New York State’s Division of Tourism as a part of the Regional Economic Development Council initiative.

NYS Equal Rights Heritage Center
The NYS Equal Rights Heritage Center is the official welcome center and tourism hub for the City of Auburn, NY. It serves to shine a light on New York’s equal rights heritage, as well as, the historical, cultural, and entertainment assets the City of Auburn has to offer in a welcoming and educational manner. Learn more: equalrightsheritage.com

City of Auburn Historic & Cultural Sites Commission
The mission of Auburn’s Historic & Cultural Sites Commission is to support its designated organizations to achieve their missions through collaborative marketing, programming, and tourism strategies. The vision of the Commission is to position Auburn as the destination of choice in the Finger Lakes through support and promotion of its history and culture. Learn more: visitauburnny.com