An art career in three acts

It can be a challenge to establish a successful art career yet Newark artist Bill Finewood has successfully managed three: first as an illustrator and design studio owner, next as an educator and now as a fine artist. Since retiring from teaching illustration in December 2018, Finewood is spending all of his time painting. And he’s excited about it.

The oldest of Dick and Betty Finewood’s three children, Finewood’s childhood interests leaned toward creative and artistic activities. He regularly drew along with artist Jon Gnangy who demonstrated “how to” techniques on a national television program. (“My Mom still has some of those first attempts at oil painting,” says Finewood.) He also liked to build things such as an elaborate go-kart and small airplane or car models. Finewood often tinkered in his father’s home workshop and also worked in his parents’ Western Auto store. His experiences there strengthened his mechanical abilities and provided customer service skills that would come in handy later in his own professional life.

Finewood never considered art as a profession. He started at SUNY Geneseo as a biology major with the goal of being an optometrist. “I quickly found out that I loved biology but other subjects like calculus and organic chemistry tended to weed out guys like me,” says Finewood. He was two years in when his sculpture professor encouraged him to switch his major to art. “That changed my entire outlook on life and career,” says Finewood. “So glad I changed majors!”

College was the backdrop of another life-changing event. Finewood met and married fellow student Sharon Parker the summer before their 1972 graduation. Parker taught school before they had their three children: Kristen was born in 1973, Sara in 1977 and Jonathan in 1981.

With a family to support, Finewood was determined to sidestep the “starving artist” stereotype and use his skills to build a viable career. Right out of school, he found work doing retail displays before he secured a position as a designer and illustrator for a local graphic design company. “My early career as an illustrator allowed me to work in a variety of media,” Finewood says. This included pen and ink, graphite on paper, airbrush and acrylics. Digital work would come later along with his mastery of paper sculpture used for dimensional illustration.

The Business of Illustration

Through networking in his field, Finewood met Bill Simons and they launched their own business, Simons and Finewood Art Works, in 1978.  Art Works provided design and production services such as product illustration, sales and promotional materials, annual reports and retail displays. Their clients included Xerox, Mobil Chemical Company, Habitat for Humanity and Fisher-Price.

Simons handled the business side while Finewood was most comfortable in the creative realm. His work was about a 50/50 split between two-dimensional illustration using traditional media and dimensional illustration (which became his signature specialty). This painstaking technique starts with the creation of a low relief sculpture which projects slightly from a flat background surface. Finewood’s medium of choice is paper. The process can take a few hours or up to 60 depending on the complexity of the piece. The finished sculpture is photographed and the image is used as an illustration.

Dave Lyle, now retired from Mobil Chemical Company, hired Art Works to produce innumerous sales and promotional pieces. He was delighted with Finewood’s work—especially his dimensional designs. “He’s amazing at paper sculpture work,” says Lyle. Lyle recalls an entire sales promotion based upon a Finewood illustration inspired by the iconic comedic movie “The Great Race.” All sales materials featured images of his intricate paper sculpture of a vintage race car seemingly in motion replete with a dog in chase and a chicken flying out of the way. After the piece was photographed, the company purchased the original sculpture as an office display item.

During Art Work’s 18 year run, Finewood did not find much time to create his own fine art paintings. At home, he and Sharon were raising their growing family and Finewood also pursued an MFA in Illustration from Syracuse University from 1980 to 1982. “I felt I had potential to move beyond where I was creatively,” Finewood explains. “I needed a creative kick to take me beyond the local work environment and onto a more national stage.” The program was well suited for working professionals requiring minimal campus time. During that period, Finewood established meaningful contacts with top illustrators, art directors, and publishers and secured representation with Evelyne Johnson, a New York City-based art agent. Through Johnson, Art Works attracted more national clients such as Federal Reserve Banks, Dun & Bradstreet, Pfizer and Time magazine. 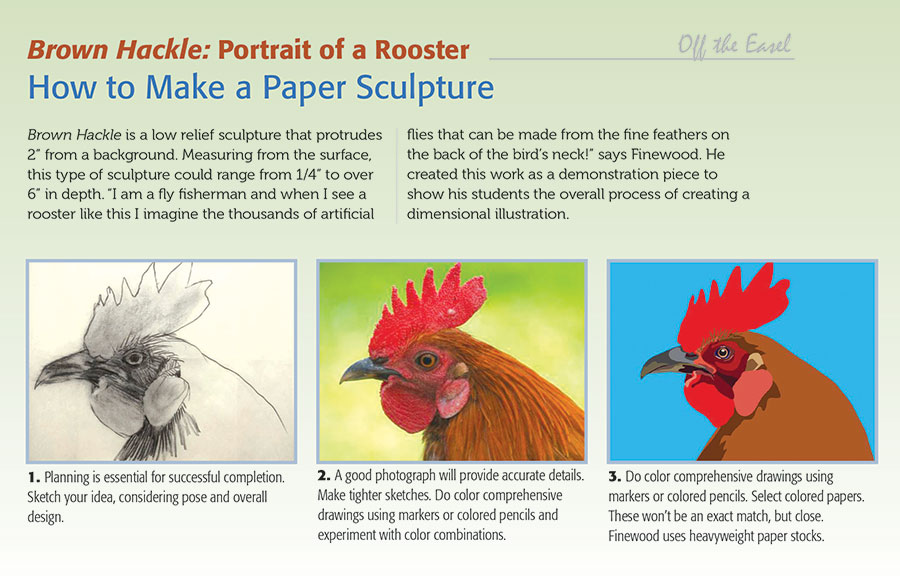 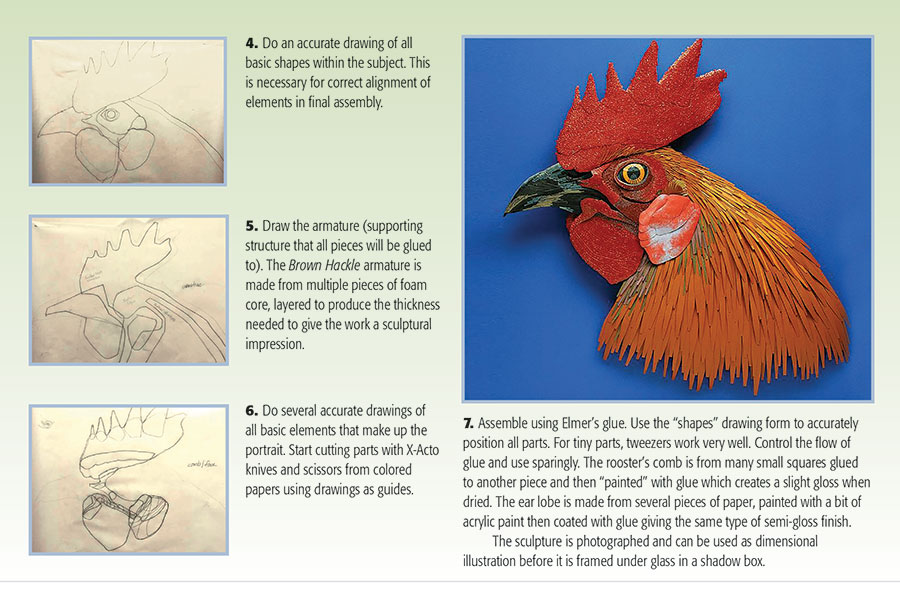 By the mid-90’s, the illustration business landscape was changing. Many companies established in-house design departments to cut costs. By the time Finewood and Simons closed their business in 1996, Finewood was poised to start a second art career, this time as an educator. He was already teaching illustration and other art classes as an adjunct professor at Finger Lakes Community College (FLCC) and at Rochester Institute of Technology (RIT). He also took on freelance work. Finewood transitioned to full-time professor at FLCC in 1996 and then moved over to RIT in 1999 until his 2018 retirement.

Don Arday, who joined the RIT faculty in 2001, shared an office with Finewood and also taught illustration. “Bill is an extremely versatile artist and illustrator, and he was able to bring this versatility not only to his art, but also to his teaching,” says Arday. “Bill has always been particularly focused on craftsmanship and the mastery of representational technique, whether it be paper sculpting, graphite drawing, colored pencils, gouache paint or his latest interest, traditional oil painting.”

Finewood put painting on the back burner after college but now he creates fine art full-time. “I really enjoy drawing and painting nature,” he says. “My imagery is all about realism.” He employs a variety of media including oil or acrylic on canvas and graphite or colored pencil on paper. He spends time in Montana where his two daughters live, so works created there reflect a western influence. Back home, walks along the Erie Canal provides rich subject matter: landscapes, wild life and botanicals. Though his work has been strictly studio based, Finewood is eager to explore plein air (outdoor) painting.

His third act as a fine artist is just unfolding but so far it is picture perfect.

As a Finger Lakes local, I find I tend to miss the true essence of the surrounding community, passing over the things that visitors…