“The Finger Lakes are centrally located. As such, they are influenced by the architectural heritage of the Adirondack Mountains, waterfront designs along the Atlantic coast, as well as prominent, local features like viticulture and woodlands,” explains Ty Allen, Design Build Manager and licensed architect with New Energy Works. “It’s a transitional home style.”

Allen feels the most special projects emerge when the design and construction of a home marries the client’s vision to the genre and specifics of the locale. This was the approach to a recent project for a custom-built home occupying a premium stretch of shoreline along Cayuga Lake. The culmination is a stunning example of craftsmanship, character, and functionality, all of which is enhanced by its authentic connection to the Finger Lake’s identity of place.

An Expression of Place

The homeowners had always dreamed of a lake home where they could vacation and spend time with their extended family. They wanted three master bedrooms and bunk rooms so both their grown children and grandchildren would be encouraged to feel the house was their own. Having indoor and outdoor living spaces was also important to encourage the use of the lake as a family.

“That dream was a huge part of the underpinnings behind the design itself,” explains Allen.

The property was a challenge and a feature when designing the layout. Located on a point, there was a more than 180-degree view of the water. However, this gave the parcel more depth than width. The resulting home is organized like a “T,” which strategically permits a view of the lake from every room.

The main level has more of the public living spaces that stretch along the top portion of the “T.” Along the longer, bottom portion of the house are a guest bedroom, a master bedroom, and a lake entry/mudroom, strategically located near a private cove. The upper levels consist of a bunk room (which can be split in half), bathrooms, and two master bedrooms accessed via a hallway full of windows capturing views and natural light.

Being a hand-crafted timber frame, the specialty of New Energy Works, the home has a natural ruggedness that pays homage to the Finger Lakes’ swaths of native woodlands. Contemporary touches express the home’s existence as a fresh lake cottage. For example, the guest bathroom vanities (crafted by the New Energy Works fine woodworking division NEWwoodworks) with their grayish tones harken to a waterside cottage, while the shape retains a modern craftsman vibe.

Stone is also synonymous with the Finger Lakes, which is expressed in the home with an exciting interior wall that weaves its way through the lower level. The outdoor amenities, including the bluestone patio shower, are all just a few steps away from the water.

One of the best ways to respect a region is to take care of it. Throughout the home, high-performance mechanicals and construction, including New Energy Works High Performance Enclosure system, minimize energy use and environmental impact.

Being responsible for the architecture, construction, interior design, and timber framing, Allen believes the New Energy Works team was able to capture the essence of what mattered most to the homeowners: creating a home that has soul and will last for generations.

“New Energy Works did a phenomenal job for our family, from the design concept to the finished house,” says the homeowner. “From the beginning, the team made a point to learn what was important to us and what we envisioned. Throughout the process, they made sure those things were their focus.” Clearly, the homeowners agree. 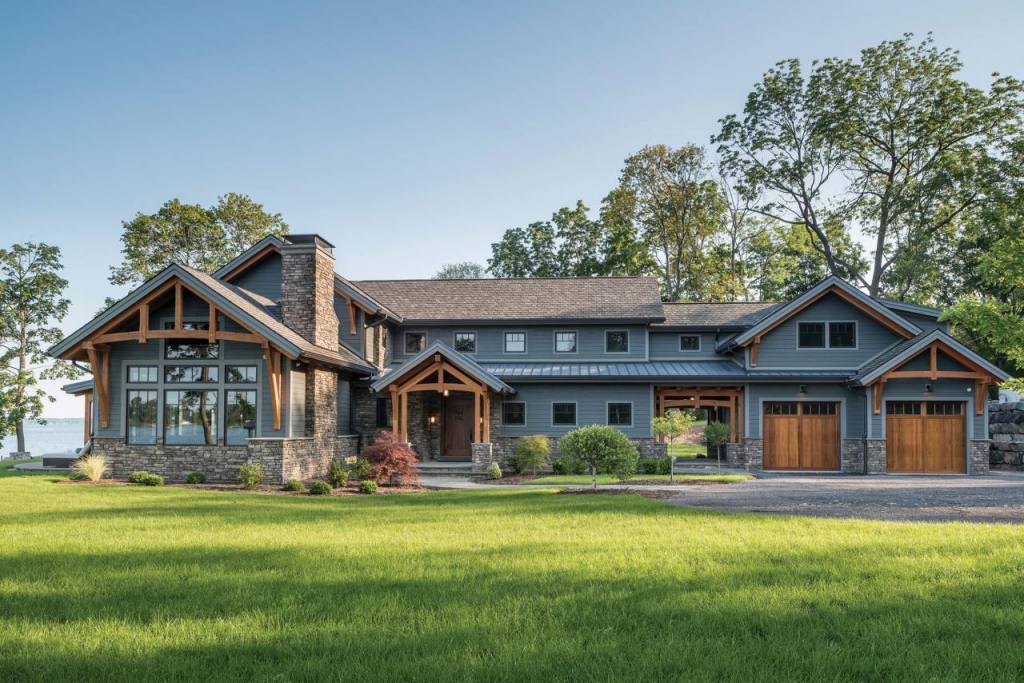 01/07/21 The women’s history and empowerment campaign is encouraging everyone to get active this winter in honor of female trailblazers. Brave Women FLX, a…