Early yesterday morning, I went into the woods to resume my search for fawns. Realizing that they’d be a week old by now, I suspected that they might well be mobile as well. Within minutes, I jumped a fawn within 100 feet of the house and it wasted no time putting 100 yards between itself and me. Rather than pursue the little deer, I backtracked into the yard and walked down the road to the opposite end of my woods. That’s where I found its twin curled up at the base of a tree. 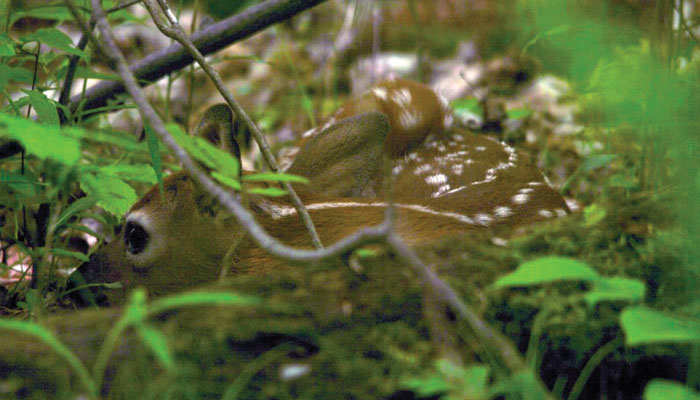 I was within 10 feet of the little deer before I spotted it and actually backed away to take these photos. It never moved as much as an eyelash. I circled around behind it to get some shots from another angle and it remained frozen in position, just as momma instructed it to do. After a few minutes and a dozen photos, I left and returned to the house, elated with my discovery. The small black marks above its eyes indicate that it’s a baby buck. They are the pedicels on which his antlers will one day grow.